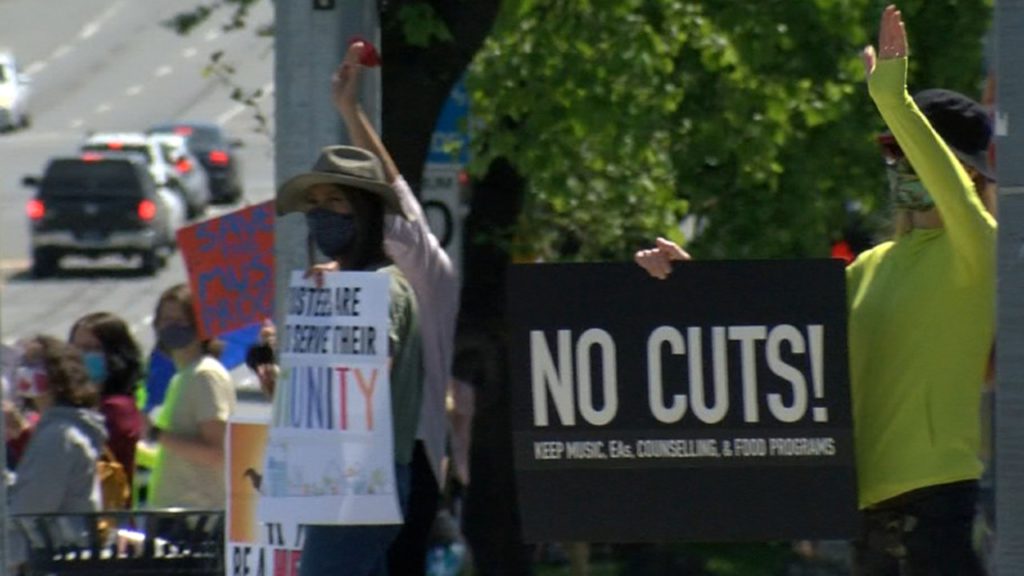 More than a thousand people gathered in Greater Victoria on Saturday to protest School District 61’s proposed cuts for the upcoming school year.

Dubbed “The Final Stand” protest, it’s the community’s largest effort to share their concerns ahead of the budget vote on Monday.

Hundreds of community members spread out from the school board office in Saanich to downtown Victoria — covering nearly five kilometres — holding up signs, playing music and calling on the school district to listen to their ongoing concerns regarding the significant cuts.

Facing a $7-million deficit, the Greater Victoria School District put forward a third draft budget that proposed cutting more than $1 million from elementary and middle school music programs. The cuts would have resulted in the elimination of middle school band, strings and choir, elementary strings, ukulele and fine arts from all schools across the district. The third draft also saw cuts in reading recovery programs and educational assistants among others.

But after multiple protests, letters and calls from community members, the trustees asked staff to take one more look at available funds. They were able to identify about $1.1 million in surplus from department underspends. The draft budget was updated and the extra funds were invested back into the programs: $481,426 into middle school band (grade 6, 7 and 8), ukulele and Indigenous drumming and $400,000 towards educational assistant staffing.

But the additional funds don’t cover all of the cutbacks and the community is still frustrated.

“It’s really frustrating to know the science behind why music matters on brain development and mental health and for them to still cut an essential vital program such as this is really frustrating,” Cindy Romphf of the Greater Victoria Music Educators Association told CHEK News on Saturday.

READ MORE: Some music programs in Greater Victoria schools could be saved as School District 61 finds $1M in surplus

“All the cuts to our members directly affect the learning community of our schools,” said Jane Massy, president of CUPE 947, whose members are educational assistants and clerical staff.

Students, parents and teachers have been rallying since the proposed cuts were first revealed back in April. Their battle has received open support from Grammy-winning musician and composer David Foster, who attended Lansdowne Junior High and Mount Doug High School.

“Music and band in school were the one bright light for me. I would not be the musician I am today if it were not for this school program,” said Foster in a video posted on a YouTube channel called Advocacy for Music in Schools.

The proposed cuts have not been finalized. District trustees are in the process of reviewing the budget and are expected to make a final decision on May 17. 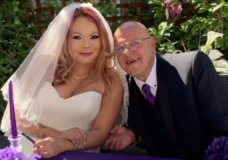