A woman is missing after a boat caught fire in Ladysmith early Saturday morning.

Ladysmith Fire Department crews and members of the Royal Canadian Marine Search and Rescue Station 29 responded to a boat that was on fire near a marina at around 5 a.m. Saturday.

Chris Geiger, fire chief with Ladysmith Fire Department, said RCM-SAR was the first to arrive on scene and when they got there the fire had largely been extinguished.

“The boat was moored just offshore,” he said.

The Coast Guard ended up towing the vessel, which was about 25 feet in length, closer to shore near Transfer Beach so that firefighters could put it out for good.

“Coast Guard contacted us and said they were going to tow [the vessel] to Slack Point and when we pulled it up onto shore we put the remainder of it out,” said Matt Rickett, Lt. Ladysmith Fire Department.

RCMP told CHEK News on scene that a man and a woman were on board the vessel. They said the man was taken to hospital while the woman is missing and that a dive team has been called in to locate her.

Meanwhile, a spokesperson for the Canadian Coast Guard said generally when they are called to a boat fire it is not uncommon to see large boat fires burn to the waterline, adding that that fuel on the vessel often burns up in the fire and that it.

CHEK has reached out to the RCMP for further comment on the status of the missing woman. 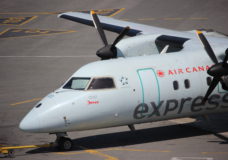 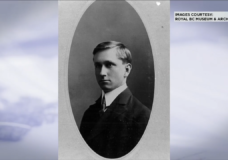 This Week in History: Hamilton Mack Laing, the 'Motorcycle Naturalist'