Posted: Jun. 8, 2021 5:31PM | Last Updated: Jun. 8, 2021 8:37PM
CHEK
WatchWest Shore residents along Alouette Drive are frustrated with reckless drivers refusing to slow down for children. The road is part of a shortcut that is popular with motorists looking to get from Highway 14/Sooke Road to the Langford Parkway.

Langford’s Alouette Drive has become a popular shortcut for drivers trying to get from one highway to another.

The 450 metre-long residential road connects to Glen Lake Drive and Langford Lake Road and is part of the Westhills subdivision.  It also happens to be part of a route that is among the quickest for motorists trying to get from Highway 14/Sooke Road to the busy Langford Parkway.

According to nearby homeowners, these slopped, narrow and winding roads see anywhere from 500 to 800 vehicles per hour.

“The issue we have is the RCMP say they’re not going to ticket unless it is around 45 kilometers, which is 15 over the speed limit,” says resident Lara Allsopp.

One of the reasons for the increased traffic, particularly of late, is because Westshore Parkway has been blocked at Highway 14/Sooke Road for roughly a month.

Allsopp says the drive has become a danger zone for kids on their way to and from school or out playing in their front yards and that cars don’t even bother to stop or slow down.

“They have to step into the crosswalk and wait for six or seven cars to blow through on a daily basis,” she said.

“I have witnessed, personally, five different kids getting hurt. Luckily, none of them died and it has been over a while,” she said, adding “The biggest one was the little boy who got run over by a car.”

Although the West Shore RCMP says they do patrol the area, residents say they only tend to see them after 10 a.m., well after the morning rush, and want stop signs installed along the road.

The City of Langford says they are taking action and are looking at solutions.

“My staff is looking at another option, like another road or another access, so we can take some pressure off that road,” says Langford Mayor Stew Young. “It wasn’t designed for going through.”

Young says the city is hopeful to have a solution ready within the next six months.

Till then, residents hope drivers will take an alternate route but ultimately drive with caution and keep a lookout for little ones if passing through. 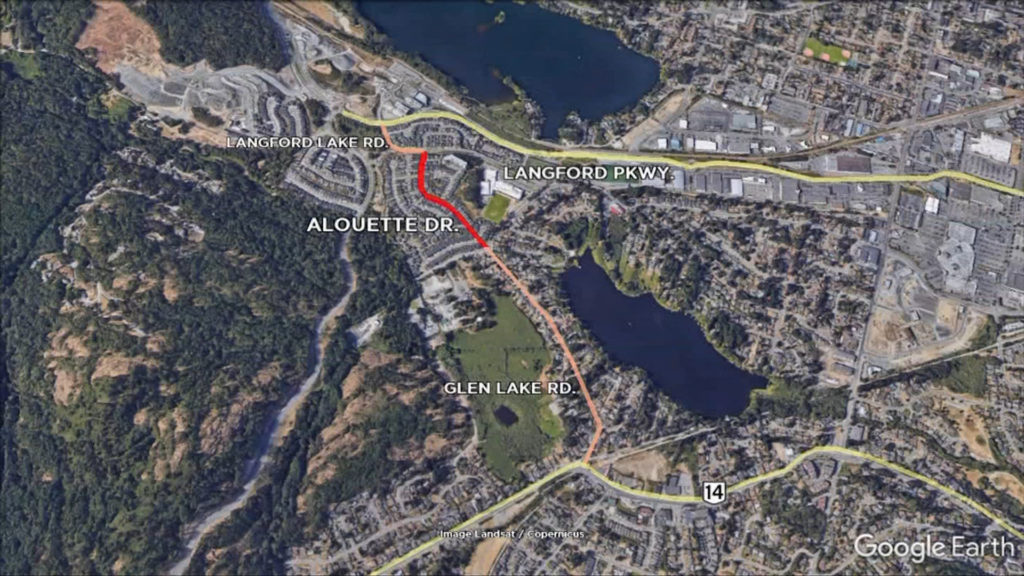 West Shore residents along Alouette Drive are frustrated with reckless drivers refusing to slow down for children. The road is part of a shortcut that is popular with motorists looking to get from Highway 14/Sooke Road to the Langford Parkway. (Google Maps) 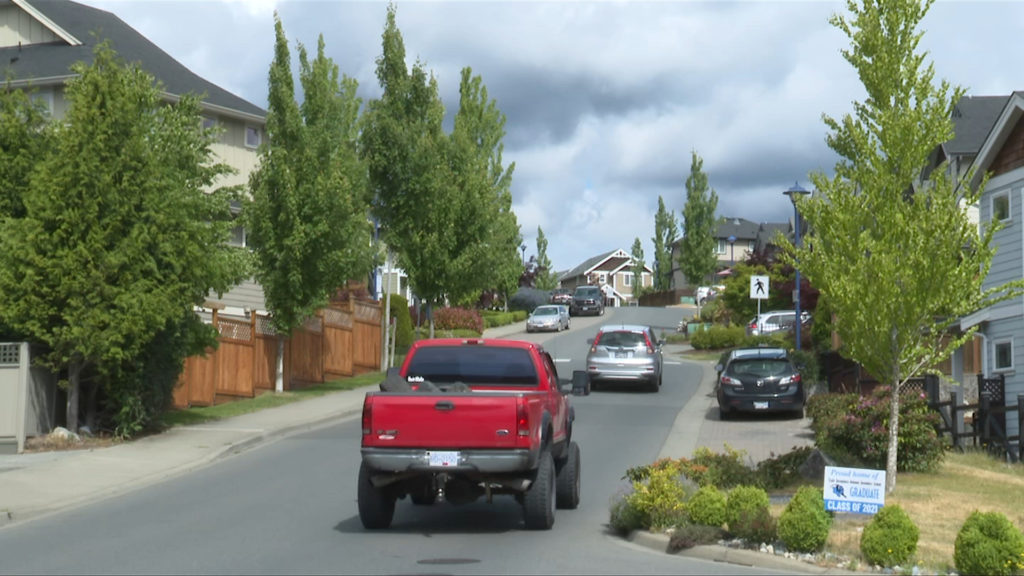 The roadway is relatively narrow and residents say children are often at risk when playing outside or crossing when trying to get to school. (CHEK News) 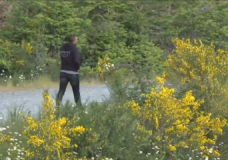