Posted: Jul. 3, 2019 7:25PM
CHEK
WatchIt's one of the fastest growing communities in the province but a proposal for a new development in Langford has some members of the community worried.

Seventy-three-acres of land in Langford is up for rezoning and many neighbours who live nearby the natural green space are worried the ecosystem won’t be properly preserved.

” We are not fighting against anything, what we’re doing is fighting for the responsible development of this land,” Nicole Polet, member of the community group

The community group consists of 40 members and they hope the city comes to an agreement of a good balance between livable space in a sustainable way at a committee meeting.

The parcel of land is home to a coastal ecosystem that consists of diverse wildlife including deer, the northern pygmy owl and sharp-tailed snake.

The plans will have to include 25 per cent green space in their plan but this could be in the form of playing fields and not just preserved forest and trails.

Members of the neighbourhood group are hoping the city and developers can see the value in keeping the natural land in its original state.

The proposed plans will be going to Langford council on Monday, July 8.

More information on the neighbourhood group is available here:  http://cslsd.ca/ 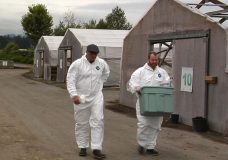 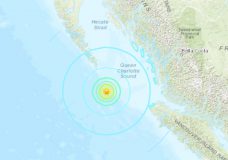