Kitten left for dead inside Hillside mall garbage can had meth in her system, animal control says

June 6, 2019 updated
Chek
WatchA kitten found zipped up in a shaving kit bag, and left for dead inside a garbage container at Hillside mall Tuesday is still recovering from the traumatizing ordeal. She's alive all thanks to the employee that found her. Luisa Alvarez spoke with the hero who says he's just thankful he listened to his instincts.

A little kitten is recovering thanks to Hillside mall maintenance worker Brian Boria.

“I am just happy that I gave this little thing a second chance of life,” said Boria.

During his regular shift Tuesday morning, a shaving kit bag caught his attention as he went to empty out a garbage container.

“Something inside me said just have a look inside to be on the safe side,” said Boria.

Tightly zipped up inside, not making a single sound and barely able to move was a kitten, very much alive.

“The legs and everything were actually popping out as I unzipped it,” said Boria.

He found her in the nick of time. Tests showed the tiny animal had illicit drugs in her system.

“The kitten has or had methamphetamine in her urine so how that got there we have no idea,” said Ian Fraser with Victoria Animal Control Services.

When Boria found her, he had no idea what state the cat was in. He was grateful to see a pair of big green eyes looking up at him.

“I went to go and scratch her a little bit and she gave me a little paw on the finger-like hey I’m ok,” said Boria.

But after what had just happened sunk in, he said he panicked.

“I was looking around for somebody to help me nobody was around I radioed for security. I was panicking so much I just said you guys have to get over here I found a kitten and it’s still alive,”

Then he was overcome with a roller coaster of emotions.

“Confusion, anger, sadness that someone would throw away something so precious, so little, so innocent has done nothing wrong and tossed it out like garbage,” said Boria.

The kitten, who still has no name, has a little ways to go but is thriving.

Anyone with information is asked to contact Victoria Animal Control Services at 250-414-0233. 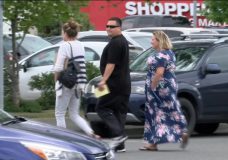 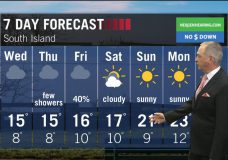