Kevin Falcon to be next leader of BC Liberal Party

Kevin Falcon has won the BC Liberals leadership contest to become the next leader of the party.

The contest was conducted with a ranked ballot, where counting would continue until one person had received 4,351 points or 50 per cent of the points available

.@KevinFalcon has won the BC Liberal leadership on the fifth ballot. pic.twitter.com/L8cmokF1J0

Falcon is a former BC Liberal MLA from 2001 to 2013. During his time as MLA he sat on several cabinet positions including Minister of State for Deregulation, Minister of Transportation and Infrastructure, Minister of Health Services, Minister of Finance, and deputy premier.

He previously ran for leader of the BC Liberals in 2011, where he narrowly lost to Christy Clark.

Falcon chose to not run in the 2013 election, after announcing the birth of his second daughter.

When Falcon announced his candidacy he said he was running to lead with a bold vision.

“I look forward to laying out my vision for BC over the coming months – from regaining our leadership on climate change, to providing better outcomes for our most vulnerable, to delivering on big projects that create jobs and grow the economy,” Falcon said on May 17. “Together, we can lead BC with bold, visionary ideas that will put us on the map as leaders, once again.”

The party was replacing the leader, after Andrew Wilkinson stepped down following the 2020 election.

-With files from the Canadian Press 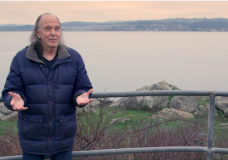 This Week In History: The tale of Luna the lost Orca is now an IMAX film 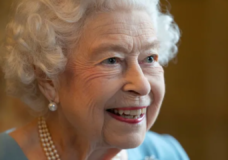