February 18, 2021 updated
CBC
Dr. Bonnie Henry responded in a statement saying she respects the decision of the court and she expects everyone to follow her orders while the larger legal challenge is heard.

A judge has dismissed the British Columbia government’s application for an injunction against three Fraser Valley churches that are breaking COVID-19 rules that prohibit in-person services, though he agreed the public will likely face what may be greater exposure to the virus.

The injunction request by B.C.’s attorney general and provincial health officer Dr. Bonnie Henry came after the churches and others filed a petition challenging the rules, arguing they violate their charter rights and freedoms.

B.C. Supreme Court Chief Justice Christopher Hinkson said in a written ruling released Wednesday that the provincial health officer has the means under the Public Health Act to enforce the rules without an injunction.

“To be clear, I am not condoning the (churches’) conduct in contravention of the orders that they challenge, but find that the injunctive relief sought by the (province) should not be granted.”

The Riverside Calvary Chapel in Langley, the Immanuel Covenant Reformed Church in Abbotsford and Free Reformed Church of Chilliwack are part of the petition filed last month, arguing the court should quash Henry’s order from November, as well as certain violation tickets issued since then.

The Justice Centre for Constitutional Freedoms said last month it would challenge more than a dozen $2,300 violation tickets handed out to B.C. individuals and faith communities, including the three churches.

The B.C. faith communities challenging Henry’s orders assert they’ve “gone to extraordinary lengths to comply with health guidelines,” such as capping attendance at 50, rearranging seating to ensure physical distancing and providing masks and enhanced cleaning measures, the centre said in a news release after Wednesday’s ruling.

“Some of the congregation’s members cannot access online services, and to many in these faith communities, gathering in-person is essential to their spiritual and emotional well-being,” it said.

Henry said in a statement that she respects the decision of the court and she expects everyone to follow her orders while the larger legal challenge is heard.

“Based on the science and evidence, I put public health orders in place to protect faith leaders, their congregations and the communities in which they worship. These are legal orders that apply to everyone in our province, and most churches are following them. I thank each of them.”

Henry said she’s confident all public health orders are in accordance with the law.

The Attorney General’s Ministry said it would not comment on a case that’s before the courts.

Hinkson said he’s satisfied with the B.C. government’s argument that members of the public could suffer from transmission of the deadly virus by people unsafely attending gatherings.

But he said during a hearing last week the province was putting the court in an “impossible position” by asking for an injunction before the churches’ petition is set to be heard starting March 1.

Hinkson’s judgment cites the recent case in which the Vancouver Port Authority was granted an injunction against protesters, but the B.C. Prosecution Service declined to pursue charges, saying it wasn’t in the public interest given the nature of the offences and the passage of time during the pandemic.

“The reputation of administration of justice was brought into disrepute because no consequences were pursued,” he said.

RCMP in Chilliwack said in December they investigated in-person church services and forwarded a report to the prosecution service for charge assessment, Hinkson said.

“I am left to wonder what would be achieved by the issuance of an injunction in this case,” he said. “If it were granted and not adhered to, would the administration of justice yet again be brought into disrepute because the B.C. Prosecution Service considers that it would not be in the public interest to prosecute those who refused to adhere to the orders sought from this court?”

Lawyers for the province had argued that while Henry’s public health orders aren’t dissuading the churchgoers from their religious beliefs and practices, they would be more likely to comply with a court order, the judgment said.

“I have reservations that an injunction alone, without enforcement by the B.C. Prosecution Service, would overcome the deeply held beliefs of the petitioners and their devotees,” Hinkson concluded.

Henry told a news conference on Tuesday her public health orders still apply while the churches’ challenge is before the court.

“They apply for the reasons that we put them in place based on the signs and the evidence when I believe there is risk of (COVID-19) transmission and where we have seen transmission in these settings.”

She also said she doesn’t know if she has the authority to add enforcement measures to her public health orders.

We’re not talking about arresting people. What we’re talking about in terms of detention was preventing people from entering a premises, for example, and so that is something that is under the Emergency Management Act part of the (health) orders.”

This report by The Canadian Press was first published Feb. 17, 2021. 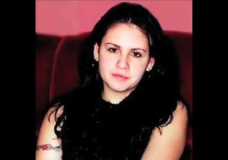