It’s now been over a month since anyone has seen 18-year-old Jordan Holling and it?s an extremely difficult time for his family who cling to hope that he will return home.

“I wake up every day and it?s a nightmare every morning,” his mother Andrew told CHEK News. “It?s right back to where we started which is where is Jordan, what happened, where is he??

Family members gathered in Campbell River this weekend, coming from as far away as the lower mainland, Williams Lake, and New Zealand.

The RCMP continues to get numerous reports of sightings but none have been accurate.

All anyone really knows is that he was with two friends at an apartment on 16th Avenue the night of Oct. 15.

They previously told CHEK News that everything seemed normal with Jordan that night.

Then at about 2 a.m., Holling left. He was supposed to walk a short distance to his mother’s house but never showed up.

His skateboard was found near Highway 19 and 14th Avenue. He was even seen on video surveillance in the area but that was the last anyone saw of Jordan Holling.

“You just keep thinking you know what happened? Where is he? That it doesn?t make sense and you find yourself just thinking that all the time, just what happened?” said his father Morgan Holling.

The family want to think the community for its endless support and say the search for Jordan is far from over.

“Well yeah having his picture out there so people can see, they know what to look for, what he looks like and that its ongoing, he?s not found, we still need to know where he is,” added Morgan Holling.

His sister remembers the last time she saw him.

If you know anything about the disappearance of Jordan Holling, you’re asked to call the RCMP. 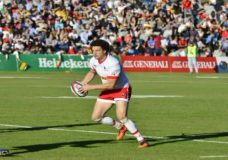 Second half surge lifts Canada over Spain in test match 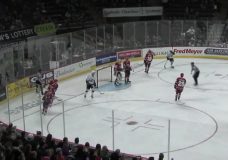