A real fight is on in the Cowichan Valley ahead of election day and it has campaign teams pulling out all the stops.

BC NDP leader John Horgan made a surprise announcement there Saturday pledging to build a new hospital there if an NDP government is elected.

Pulling into Duncan Saturday, John Horgan was met with cheers from his campaign team, but he undoubtedly is noticing something else. The longtime NDP Cowichan Valley riding is also looking very, very green in the days ahead of this election.

“A lot of Green signs popping up for sure,” says Cowichan resident Eva Fearon.

Longtime residents gathered at YouBou’s community centre say it has a lot of people talking.

“I was quite surprised how many green signs I saw up as well,” says resident Erika LeBlanc.

If this surprise and massive announcement Saturday is any indication, it’s a support the NDP is worried about.

“Today I am announcing that the Cowichan Hospital will be replaced by an NDP government,” BC NDP Leader John Horgan  told a crowd gathered outside Cowichan District Hospital. “It’s a high priority of Island Health, it’s 50 years old. It’s not providing service to people that they need. We’re gonna fix that.”

The BC NDP didn’t say how much the new state of the art facility would cost and never mentioned the plan to build a new hospital in its campaign platform. Leading the other parties to question this move.

“And Mr. Horgan says its a priority, it isn’t even in their platform,” says BC Liberals Candidate for Cowichan Valley, Steve Housser. “It smacks to me as a bit of desperation.”

“Well they’re worried that we’re going to sweep Vancouver Island that’s why Mr. Horgan is back here,” says BC Green Party Leader Andrew Weaver. “I mean it’s outrageous to make a promise of a hospital. To promise a hospital in the last week of a campaign after you’ve fully costed your platform. It’s essentially come down to just say whatever it takes to get elected.”

While John Horgan and the NDP Candidate for Cowichan Valley say they are still confident this riding will go orange and this is about supporting the riding that’s supported them.

“We’re doing really well,” says BC NDP Candidate for Cowichan Valley Lori Iannidinardo. “That’s what I know and that’s what I’m seeing and I’m remaining positive that this will remain an NDP riding.”

Though it may also turn into one of the closest races of the BC election. 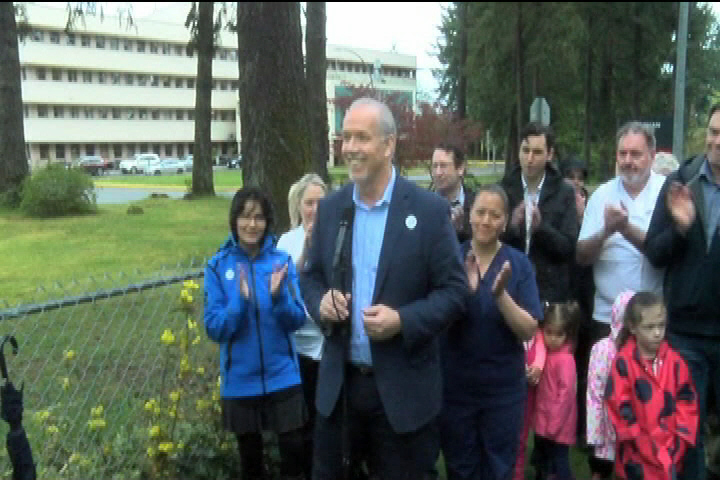 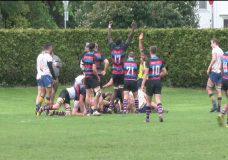