Joel Rosenau could be Alex Trebek’s number one fan.

“I just think of him as a really close friend.”

Trebek and his quiz show Jeopardy! have helped the retired teacher as he recovers from a near-fatal stroke.

Jeopardy! is teaching the stroke survivor how to read again.

“It’s really exciting to learn something for sort of the first time.”

“And that was very frustrating for him,” said Joel’s wife Yvonne Rosenau.

According to his wife of 54 years, Joel has made an incredible recovery ever since.

“That he was able to come through this was like a miracle,” said Yvonne.

“Each day he would get better.”

Thanks in good part to what her husband considers his job to relearn what’s been lost.

He does it with the help of his inspiration, Alex Trebek, the host of Jeopardy! who himself is battling stage 4 pancreatic cancer.

“An inspiration that this is what you do if you’ve got so much time in your life left,” Rosenau said about Trebek.

Rosenau’s method is to pause the Jeopardy! clues and meticulously sound out the letters to what he’s seeing before him.

Then he memorizes the words.

So the retired teacher is teaching himself, all over again.

“Each jump has been a reason to celebrate,” said Yvonne.

And remarkably, Joel Rosenau, has come to be almost grateful for the stroke that has him learning with the zeal of a kid again.

Now reading at a grade one level, Rosenau said with the help of his host in high places, he hopes to be reading grade six levels words by summer.

The next Jeopardy! The Greatest of All Time airs tonight at 8 p.m. on CHEK.

Vancouver's own @VancityReynolds is representing The Greatest Canadians of All Time! Who do you think made the cut? Tune in to #JeopardyGOAT on CHEK tonight at 8 p.m. pic.twitter.com/VVQR98t7NO 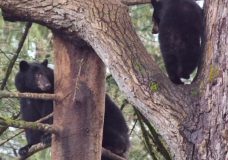 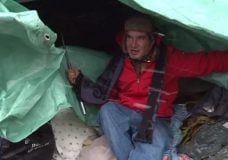