Battling through torrential downpour has become standard procedure for Island residents this month. It’s of course the norm on the west coast, but this time around it’s reached another level, especially in Greater Victoria.

“We’re at 140-150 percent of normal so far this month and we still have a week to go and it is going to be an active stretch that continues into February,” said Armel Catsellan of Environment and Climate Change Canada.

So far over 200 millimeters of precipitation has touched down, and with six days left in the month, there’s a chance last January’s total of 125 millimeters could be doubled.

“The door is open for one storm after the next and that’s why we’ve had this parade, you know ever since really, the turn of the decade,” Castellan said.

An overload of wetness, but not all Islanders are phased. “Natural light is very important for the soul, whatever the weather it’s important to get out and about especially with young kids.” said one Victoria resident.

Further up the Island it’s a similar story. Rising waters have led to flooding and multiple road closures along Cowichan Bay road throughout the week, but experts say the surplus of water is a good thing. “The lake is full the rivers full we’re way better of than we were last year and it’s looking like we’re going to get a better snowfall snow pack, so this is about a good of a start we could have hoped for for the year,” said Cowichan Stewardship round table member Parker Jefferson.

It’s a trend we can expect to continue. “We’ve studied climate change projections and that’s just how it’s going to work with us. We’re not going to get a lot of rain in the summer but we’re going to get our rain in the winter in these pineapple express events,” added Jefferson.

Keep your umbrellas handy Islanders, because the onslaught is far from over. 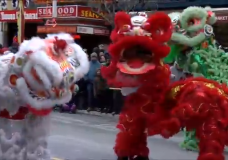 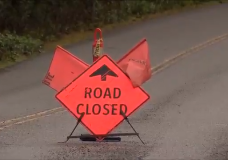