WATCH: Well-known First Nations leader Bob Chamberlin was selected Saturday as the NDP candidate to run in the May 6th by-election for Nanaimo-Ladysmith. On Sunday he began campaigning with NDP leader Jagmeet Singh at his side. Dean Stoltz reports.

Bob Chamberlin is well-known locally, but it didn’t hurt to have NDP leader Jagmeet Singh at his side for day one of his campaign in the Nanaimo-Ladysmith by-election.

“Now we have Bob Chamberlin as our next candidate who will be the next MP in this riding, that’s a hugely exciting thing,” Singh told supporters Sunday outside Chamberlin’s new Nanaimo campaign office.

Chamberlin has a long history of First Nations leadership in B.C. as chief councilor of the Kwikwasut’inuxw Haxwa’mis First Nation based on Gilford Island, and Vice-President of the Union of B.C. Indian Chiefs.

But eight weeks ago Chamberlin decided now is the right time to enter federal politics.

“The work that I’ve done on this coast to protect this beautiful coastline that we all enjoy is hand and glove with the issues that I’ve heard so far here in Nanaimo,” Chamberlin said.

Chamberlin was nominated Saturday as the NDP candidate, and Singh today, sang his praises.

“What Bob brings is an incredible wealth of leadership experience,” said Singh.

The NDP has 13 federal seats in BC and badly wants to re-capture Nanaimo-Ladysmith after Sheila Malcolmson resigned to run provincially in February.

It’s been NDP since 2004, (Nanaimo-Cowichan) and the party will try to capitalize on the Trudeau Liberal’s infighting over the SNC Lavalin affair.

“What we have now is an opportunity to ensure that a strong party, the NDP party is represented by as many Members of Parliament as possible to ensure that the average Canadian’s needs are spoken to so we don’t see governments that have the ease and think that it’s ok to mix politics with justice and cut political favours or legal favours for political friends,” added Chamberlin.

The Nanaimo-Ladysmith by-election is May 6th. 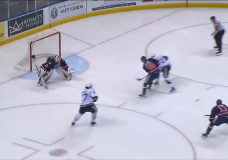 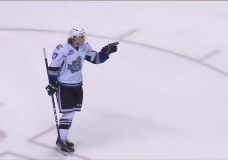