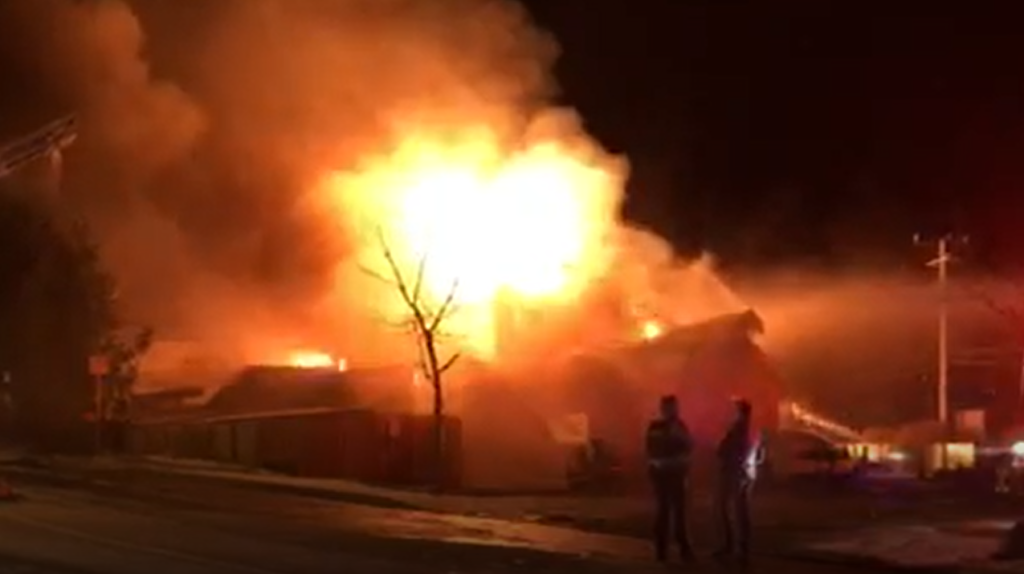 Giant flames engulfed Tofino’s Shelter Restaurant early Thursday morning as a fire ripped through the eatery, leaving it completely destroyed, according to authorities.

“It’s not burnt to the ground, the skeleton is still there. But it’s gutted, it’s destroyed,” Sgt. Colin Douglas with Tofino RCMP told CHEK News.

After an alarm went off, firefighters and police were en route to the Campbell Street restaurant around 1 a.m., according to Douglas, who says crews were still on scene about 10 hours later.

“The building wasn’t fully engulfed when we first arrived, but it wasn’t long until it was,” he said in an interview around 11 a.m.

“The fire department was on scene fighting the fire through the night and they’re still there now dealing with some hotspots and just making sure the scene is safe.”

No injuries were reported and the cause of the fire is currently unknown, though it appears to have started in the kitchen, said Douglas.

“But as to the exact cause or the catalyst, we’re unsure. We’ve engaged with one of our arson investigations as a precaution, as we do with most structure fires,” he said.

Staff at Shelter posted a statement to social media Thursday afternoon saying they were grateful for the community support and relieved no one was injured in the fire.

“For 20 years, we’ve taken pride in being a pillar of the Tofino community, and we are so heartened by the outpouring of support from our friends, patrons, and neighbours,” reads the statement.

“Shelter is more than a business, we’re a close-knit family. We know how stressful this is for our team, but we will get through this difficult time together. We wish to express deep gratitude to the Tofino Volunteer Fire Department who fought and contained the blaze.”

“The fire department worked their butts off last night and got it under control as quickly as they could. No other damage to surrounding properties as a result of their swift actions,” he added, noting firefighters from Ucluelet also helped battle the blaze. 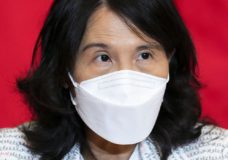 Dr. Theresa Tam on preparing for the next battle with COVID-19, and future epidemics 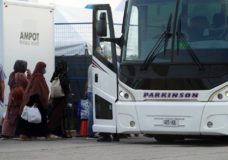 'My heart is crying': Afghan refugees wait on family members to join them in Canada