‘It’s a shocker’: Island residents still in the dark from ‘non-stop snow’ and power outages

Snowed in and out of power, Jules Shaw-MacGregor kept warm Wednesday by sawing her family’s way out of one of the biggest winter storms they’d ever seen.

“It sounded like snap, crackle, pop, you could hear them falling and then near our house. You could feel it in the ground,” said Shaw-MacGregor, a Saratoga Beach resident.

“It was pretty crazy, you would hear like this cracking noise and it was this eery crack then you’d hear this ‘whoomp’ and you could tell all around the area, the tree branches were coming down,” said Jackie Gibbins, also a Saratoga Beach resident.

“Then you come out and you’re like holy crap. It’s a shocker,” said Shaw-MacGregor.

That’s because their yard was left buried beneath heavy branches that crashed down in the overnight wind and snowstorm Tuesday.

Debris also collided with power lines, knocking out power to tens of thousands of people from Campbell River to Duncan as heavy snow weighed down branches and winds intensified.

“Non-stop snow from yesterday morning to, I’m not sure when,” said Jeff Wykes, who was visiting Saratoga Beach from Ontario.

So BC Hydro crews worked around the clock trying to restore service to homes, and still were Wednesday night, though BC Hydro said power is now about 95 per cent restored.

“At the peak we had about 35,000 customers out on the Island. We’re down to around 3,500 now. Our goal of course to get people on tonight but unfortunately, there may be a few areas where we won’t see power restored. I imagine the outer Gulf Islands,” said BC Hydro Spokesperson Ted Olynyk.

Richard Benson was one of those still without power, so spent Wednesday clearing his Merville neighbours’ driveways as they, like him, faced another cold night ahead.

“One-hundred per cent unexpected. When they said a snowstorm was coming sure we get snow, but not to this extent, and the short amount of time that it happened too,” said Benson.

Fortunately, for the Shaw-MacGregor household, power came on late Wednesday afternoon. The family is now already preparing for the next storm that’s due to hit on Friday. 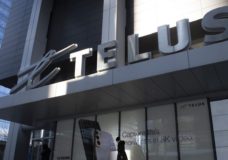 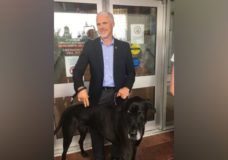