‘It was scary’: Qualicum couple endures long wait on 911, day after Parksville man dies on hold

Nigel Habgood raced to call 911 when he found his wife Carole badly bleeding on the floor of their Qualicum home, but the 72-year-old said what followed was an over 20-minute wait on hold for someone to pick up his call for help.

“I couldn’t believe that I hadn’t got an operator after that length of time. I was just astounded,” said Nigel Habgood, a Qualicum Beach area resident.

It happened August 28, the day after Parksville man Chuck Blakey, died on his kitchen floor waiting on hold with 911 for 30 minutes.

The Qualicum area seniors said they came forward because it needed to be shared that Blakey’s case isn’t a one-off.

“It was scary. That’s exactly what happened to us, he was on the phone for 20 minutes at least and no one would answer,” said Kowal.

Habgood says in his situation, he gave up on 911 and raced to save his wife himself.

Habgood rushed his wife to the Oceanside Health Centre, which he found was closed after 9:30 p.m., with a sign that instructed him to call 9-1-1 in an emergency. So instead, he drove her to the nearest ambulance station, where an ambulance crew took her to Nanaimo’s hospital.

“I’ll tell you the people in the ambulance were fantastic,” said Kowal.

Chuck Blakey’s widow Nancy told CHEK News she wholeheartedly supports the ambulance paramedics and dispatchers who tried to help her husband the day he died and said they were overwhelmed with the task of having too many people to help and too few resources.

“If you haven’t got enough operators to take a call, you’ve got a real problem here,” said Habgood.

So they have added their voices to Blakey’s calls for immediate supports to reduce wait times on 911.

In a statement, BC Emergency Health Services said “Our ambulance system was put to the test this summer and we are taking action to improve service and response times.”

Habgood said it will take a lot to restore his confidence in 911, but hopes for everyone’s sake, improvements will come now from their long wait. 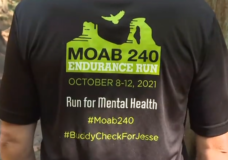 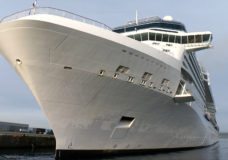