‘It was a horrible scene:’ Orca sparks rescue effort after becoming entangled near Nanaimo

Posted: Jun. 1, 2020 6:40PM | Last Updated: Jun. 2, 2020 10:08AM
CHEK
WatchAn extraordinary sight in the waters off north Nanaimo left boaters on the edge of their seats Sunday night and calling in rescuers for help. A young orca became trapped in a net.

A young orca whale nearly died after it was caught it became entangled in waters near Nanaimo.

Kevin McKay told CHEK News he was out boating around Neck Point around 4 p.m. on Sunday when he noticed a pod of transient orcas circling a buoy, which signalled that a prawn trap was below.

He said at first he thought the whales were just playing, as they were breaching, but then it became clear one of the orcas was tied down in the line and was swimming, desperately trying to free itself.

“It was a horrible scene,” said McKay.

McKay managed to film the encounter, which shows whales leaping out of the water.

McKay contacted the Department of Fisheries and Oceans and said that as much as he wanted to help, he felt it might be too dangerous.

“I was kind of sad really,” he said. “We kept waiting in Departure Bay. We couldn’t hang out near the whales because you can’t really get anywhere really near them. The whales are breaching, they will take you down.”

Fortunately, as members with the DFO arrived on scene, the orca managed to free itself, said Fisheries and Oceans biologist Paul Cottrell.

“As we were jumping on the boat to respond with our kit, the animal appeared to disengage from the gear and the gear was seen and the animal was seen swimming away gear-free,” he said. “So, it ended really well.”

Cottrell said the pod was feeding on a harbour seal that was around the prawn trap, when the juvenile orca became entangled and ended up swimming more than 600 metres to escape.

The young whale would have drowned had it not been able to free itself, said Cottrell.

For McKay, he’s thrilled the ending was a happy one for the whale.

“I’ve never seen anything like this before and I’ve been boating for pretty much of all my life, the last 30 plus years at least,” he said. “It was the craziest thing I’ve ever seen.” 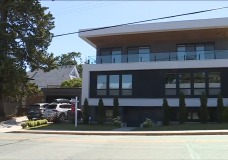 Dramatic drop in Greater Victoria real estate sales in May 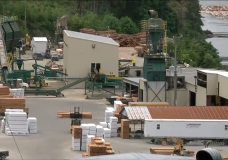