Little Pedro the Chihuahua is getting his nails clipped in Colwood and by doing so, he’s helping animals badly injured in Australian fires.

“It’s really something to see,” says Pedro’s owner Charlene Rae. “I just feel so heartbroken for those people and wonder how they’re going to recover and recoup from this.”

Millions of koalas, kangaroos, and other animals are in distress and in desperate need of care.

It’s estimated more than a billion have already perished as devastating bush fires continue to ravage the country.

“We all are heartbroken and thought what can we do so we’re doing what we do best and raising money the best way we know how,” says Tricia Lee-Heidinger of Pawsitive Pet Grooming.

Pawsitive Pet Grooming in Colwood’s Hatley Plaza is open this Sunday and next to clip pet’s nails by donation, with all the money going to an animal rescue in the state of Victoria.

“All the support, it’s insane today, has just made my heart overflow,” says Silvia Panziera of Pawsitive Pet Grooming. “Just seeing them all come over here just shows you how much people love the world and want to help.”

“They’ve got a big mess ahead of them, it’s going to take a long time so we just wanted to give them a little bit of a boost,” explains Alli McEwan of McKenzie Veterinary Services.

“I really want to support the cause,” says customer Lynette Jones. “There are just so many animals out there and it’s so sad.”

In Australia, dramatic steps are being taken this weekend to help feed starving animals who’ve lost their habitat.

A massive, aerial food drop of thousands of kilograms of carrots and sweet potatoes will help wallabies in national parks where vegetation’s burned.

Back on Vancouver Island, people just want to do whatever they can to help.

“Our community is amazing, says Tricia Lee-Heidinger. “I just want to thank everybody!” 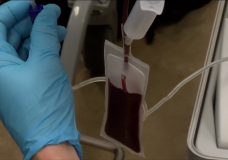 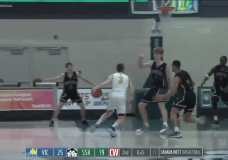