Vancouver Island’s health authority is warning drug users that a toxic supply of drugs is leading to an increase in overdoses.

The authority said it was issuing the advisories because anecdotally, it has heard from service providers in those communities of an alarming spike in overdoses.

Aimee Chalaifoux says she’s frightened for the many people she knows who are using.

“That worries me a lot. As you know we only have one OPS [overdose prevention site] here in Nanaimo and they don’t all go there so yeah I’m pretty worried.”

BC Ambulance says on Wednesday it responded to 138 overdoses across the province — the highest number of calls in a single day since the overdose crisis was declared five years ago.

Eric Denholm has been living outdoors off and on for five years. He too is worried about friends OD’ing and says it’s better when people can be living together instead of shuffled around the city as they are now.

“We were just down on the train tracks having a cigarette the other day and we got moved and I feel like people are going to fall asleep behind a corner and that’s not good,” said Denholm.

People who use drugs are urged to use harm-reduction strategies such as calling 911 if someone overdoses, providing CPR and giving Naloxone when needed.

Island Health also encourages drug users to have their drugs checked at a local Overdose Prevention Service, and to do a “tester” before a regular hit.

Drug users are also urged to use with a partner and to be close to help if it’s required.

“Island Health asks everyone to create safe space for respectful dialogue around substance use,” the authority said in a statement.

“People from all walks of life use drugs for different reasons. We are all human. We all experience differing traumas and having different coping strategies. We all need connection and compassion. Starting a conversation could save a life.”

Island Health says resources for drug users are available on its website. 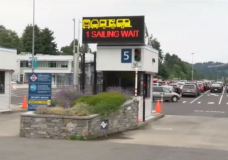 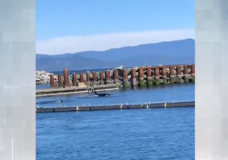 'Something that I haven't witnessed before': Transient orcas hunt in French Creek Harbour