As a result of multiple emergency closures and communities losing their physicians on northern Vancouver Island, a task force has been struck by Island Health.

The health authority says it has been an “extremely challenging” time on the North Island with recent emergency room closures and scaled-back hours at some hospitals, causing major waits to see doctors at other facilities that remain open.

In Alert Bay, a two-week closure of the ER in the remote community’s hospital has now extended to the rest of the month.

That follows repeated temporary closures and patient diversions at the Port McNeill and Port Hardy hospitals in July and August.

Island Health representatives held a public meeting with North Island residents Thursday night to keep them up to date on the search for doctors and nurses to staff emergency rooms, but many residents remain worried that they might need emergency care and won’t get it.

“There is a lot of fear amongst a lot of the people, because we have an elderly population,” said Alert Bay Mayor Dennis Buchanana. “And so there is concern about if there is an emergency at nighttime, it was explained to them that with emergency room being closed, call 911.”

It’s not just doctors missing from northern hospitals, nurses are in high demand as well.

“We are seeing all across the province that there are significant challenges,” said Bond. “And in this case, in Alert Bay, one of the issues is nursing. So we have to look at an overarching health human resources strategy. We’ve been calling on the government since the day they were elected. And there is, simply, no plan in place.”

In a statement, Island Health says that it’s struck a task force that includes representatives from Island Health, the Rural and Remote Division of Family Practice, Doctors of BC, and Port Hardy doctors, all focusing on strategies to improve the delivery of health-care.

“Specific to Port Hardy, two doctors have recently made the decision to leave the community and a third will be departing in September. Island Health, Doctors of BC, the Port Hardy doctors and the Rural and Remote Division of Family Practice are concerned about what impacts these departures could have for patients and care providers remaining in the community,” Island Health said.

The health authority said two new doctors have recently relocated to the North Island and are working in Port McNeill, and another new doctor will be coming in November.

“There has also been substantial effort to maintain services and provide high quality, culturally safe patient care during this difficult time. But we know additional collaborative and innovative approaches that support the doctors and health care providers who work in the region providing high quality, safe patient care, are necessary,” said Island Health.

The immediate focus of the task force will be to ensure “reliable and predictable” emergency and acute care services for patients, Island Health said, along with access to primary care.

There is currently a 40 per cent vacancy rate for staff nurses at the Port Hardy and McNeill sites, and COVID-19 sick calls are making things worse, James Hanson, Island Health vice-president of clinical operations for Central and North Island, told Canada’s National Observer earlier this week.

“We are not at all satisfied with the situation in the North Island, and access to care in that region is a huge priority for us,” he said. 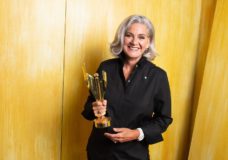 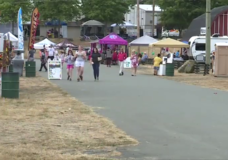 'Excited to be back': Vancouver Island Exhibition in Nanaimo returns better than ever