When the pandemic hit, coffee shop owner Sam Jones started his own paid sick leave program for his employees.

“I would much rather pay my employees not to come in, so I don’t have to close,” said Jones, owner of 2% Jazz.

So it should come as no surprise that Jones is a supporter of the B.C. Government’s new paid sick leave legislation, a plan which could see employers compensate their workers for as many as ten paid sick days a year.

While Jones is impartial to whether or not the government should subsidize the paid sick leave program, economist Jim Stanford believes the onus should be entirely on the business owner.

“Public opinion polls suggest 89 per cent of people in B.C. think that an employer has a responsibility to pay the wages of an employee who has to stay home because they’re sick or because they’ve been exposed to a disease like COVID,” said Stanford, citing a survey funded by BC Federation of Labour.  “That’s pretty much a no brainer,” added Stanford, saying Canada is lagging behind many other countries when it comes to paid sick days.

However, a recent survey with the Canadian Federation of Independent Business found that 64 per cent of small businesses do not support any permanent employer paid sick leave program, citing money as the main concern.

“That would put another strain on the business for us,” said Amardeep Grewal, owner of Tumeric Indian Restaurant in Langford. “We are seeing a lot of rise in the cost of doing business.”

Grewal points to the many challenges she and other B.C. restaurant owners dealt with in recent months, including a minimum wage increase, a rise in food costs and COVID-19 related restrictions and closures. Grewal says she cares for her employees, but believes businesses who suffer from the legislation should receive government help.

Many others in the South Island business community share Grewal’s perspective.

“What this could mean is that some businesses could go bankrupt,” said Julie Lawlor, executive director with the Westshore Chamber of Commerce.

Lawlor says she supports paid sick leave for employees, but warns that without government help, the consequences for many small business owners could be catastrophic.

“If you’re going to bring something like this in, and certainly we expect that workers should be supported, there’s got to be a mechanism to make sure that it doesn’t bankrupt businesses,” said Lawlor. “Because if it does, it’s going to slow our economic recovery.”

British Columbia’s paid sick leave plan goes into effect Jan. 1 and details are expected to be released by late November. The province has yet to commit on the number of days, but options include 3, 5 and 10. They also have yet to announce whether small businesses who participate will receive a government subsidy. 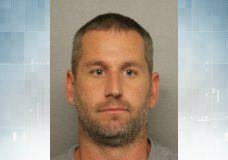 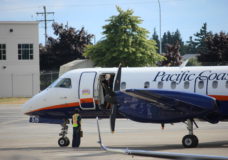