“We’re sending as much support as we can to the Interior from Vancouver Island,” Ted Olynyk of BC Hydro said. “We’re sending crews from all across the province to lend a hand and provide restoration efforts.”

BC Hydro construction crewman and father of three Dylan Martini packed for three weeks but says he knows it could be a lot longer that he’s away from his Parksville home.
“I’m a little nervous, a little anxious to get it going,” Martini said. “I guess we got the call yesterday (Saturday) from our manager that said we need all hands on deck and every guy in our department was ready to go, so.  There’s a lot of carnage out there so we’re just looking forward to doing what we can to help.”
Officials say there are still teams on standby on Vancouver Island, should any serious forest fires break out on the Island.
With the fire danger hazard high on much of the Island, officials are urging people not to discard cigarettes outside and to obey the campfire ban. 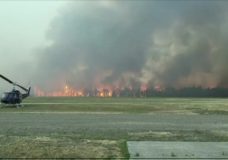 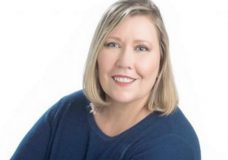