‘It just breaks your heart’: Island animal rescues are overwhelmed by people surrendering their COVID-19 pets

At Duncan’s Humanity for Horses Rescue, founder Rebecca Sanesh said she’s received seven pleas from people wanting to surrender in just the last month alone and is worried that people are becoming desperate.

“It just breaks your heart to think of what’s happening,” said Sanesh.

According to the Victoria Humane Society, it’s the worst rate of surrender they have ever seen.

“It seems like non-stop. The amount of surrenders we’re getting now is way higher than we’ve ever seen, I would say owner-surrenders alone are 10 times what we used to see, we get calls every single day and everything’s urgent,” said Victoria Humane Society’s executive director, Penny Stone.

At Parksville’s Flying Fur Small Animal Rescue, it’s overwhelming their already limited resources, as people surrender to travel, go back to work, or blame a lack of time now, to care for their four-legged friends.

“It’s just at an enormous level we’re not used to seeing. We’re sometimes getting up to 20 animals a day and our vet costs are just through the roof,” said Flying Fur Small Animal Rescue’s Leah Moore.

It’s a trend first seen last fall, when the so-called COVID-19 pets people were adopting for many thousands of dollars during the pandemic suddenly began being surrendered. Yet now rescues say the volume pouring in is becoming unmanageable.

“Absolute helplessness because you don’t want to say no but you have to,” said Sanesh.

Sanesh said in addition to all of the surrenders, the cost of feeding the rescue’s horses and donkeys has gone up 80 per cent in the last year alone.

“There’s another rescue that’s feeding straw because they can’t afford the price of hay and then if they can’t find hay they can’t pay for it,” said Sanesh.

So Saturday, Lisa Petrovic who adopted her horse — named Danny — from the rescue volunteered to help.

“Today I brought a load of hay. I plan on bringing another load of hay to the rescue from a [donor],” said Petrovic. 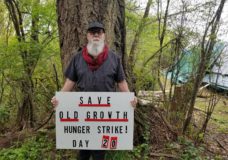 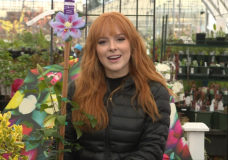 Get Up and Grow: How to prune and plant a Clematis