Intergenerational choir in Victoria hopes to end stigma around dementia

WATCH: Researchers at UVic are looking at how participation in an intergenerational community choir can help end the stigma and improve the lives of people with dementia. Luisa Alvarez was at the final rehearsal of the 14-week pilot project before a May 2 concert.

An intergenerational choir that is part of a pilot project by the University of Victoria is hoping to improve the quality of life for people living with dementia.

“It’s not like singing is going to improve brain health but if we can address a lot of the lower things like high-stress levels, depression, social isolation, they might be able to capitalize better on the resources they have,” said Dr. Stuart MacDonald, associate professor in the Department of Psychology for UVic.

Those who are participating in the choir are people living with dementia, their family caregivers, and students from St. Andrew?s Regional High School. It’s a way for them to interact together and learn from one another.

Michael Phillips is his wife’s caretaker and says the overall experience has been fulfilling.

?They?ve been a tremendous assistance to those who are suffering from Alzheimer’s as a caregiver I look to have that it gives us a bit of respite as well so let the kids step in and do what we would otherwise do,? said Phillips.

And in turn, it removes the stigma often associated with dementia.

“These people are so joyful they are having so much fun and this is a place for them to let go of that stigma,? said the choir’s conductor, Erica Phare-Bergh.

St. Andrew?s student Espen Lynberg says his perception of people with dementia did change after spending time with the rest of the choir.

?I thought maybe they wouldn’t be so high functioning as they are as I’ve experienced when I talk to them I’ve realized they still remember their careers what their life is like you can still hold a very meaningful conversation with them,? said Lynberg.

It’s an atmosphere fostering social engagement to improve the quality of life for all who participate.

?Sometimes at the beginning, some of our participants would just sit there and mouth the words and now they?re singing and they?re standing up and they’re moving,? said Dr. Debra Sheets, associate professor with UVic’s School of Nursing.

Wednesday was their last practice before their final performance at St. Aidan?s United Church on May 2.

But that’s not the end of the project the 14-week choir is part of a larger two-year study. In September, the research project will be expanded to create two choirs that will run concurrently. 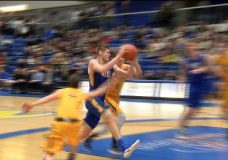 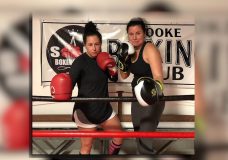