WATCH: The countdown is on to the 120th Island Farms Victoria Day Parade, which has become a long weekend tradition in the B.C. capital. Tess van Straaten takes a look.

For more than a century, marching bands, elaborate floats and big crowds have filled the streets of the B.C. Capital for the Island Farms Victoria Day Parade ? an iconic event now synonymous with the May long weekend.

“You keep moving people in pieces around in pieces like a little checkerboard, this band needs to be here, this sound can’t be near the horses,” Pfann says. “Every year, I get a few stories from people who were there 20, 40 or 50 years ago and it’s really neat.”

For the last 60 years, CHEK TV’s been a key part of the parade ? broadcasting live to viewers not just locally, but now online, in dozens of countries all over the world.

“I’ve [been] doing it for almost a quarter of a century,” Woloshen says. “I feel I’m part of that tradition now. It means a lot to me.”

But wrangling different cameras, juggling timing issues and keeping everything on track is no easy task.

“There are a lot of elements that have to come into it,” Woloshen explains. “There’s the scripting and the technical stuff and crewing and you’re never sure how long the parade is going to be on the street and if they’ll stop in front of the cameras or if they’ll be a gap you have to fill.”

For many years, all of the behind-the-scenes action for the parade happened in the CHEK News control room. But now, thanks to advances in technology, everything is smaller.

A new, mobile control room debuting this year means multi-camera shoots can be broadcast in high definition on location.

But if you want to be there in person, Pfann has some advice.

“Arriving early is really important because the best seats always go first and parking is always a dilemma,” he says.

The Island Farms Victoria Day parade will be broadcast live on CHEK and streamed on the CHEK News Facebook page on Monday. 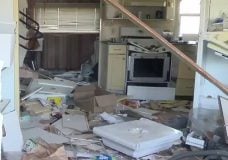 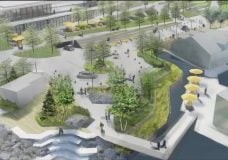