‘I think we were targeted:’ Nanaimo restaurant owner fears anti-vaxxers are behind vandalism

Gaetan Brousseau has every reason to be nervous following a rash of window-smashing that targeted his downtown Nanaimo establishment — Melange Restaurant — and two other restaurants late last week.

Brousseau says he has never had his windows broken before in two years of operating on Commercial Street in downtown Nanaimo until he came into work on Friday and found broken glass everywhere.

The windows on Modern Cafe, located next door, and the windows at The Nest Bistro, which is only a few blocks away, were also smashed.

“It is not a coincidence,” says Brousseau. “I think we were targeted because, and again it’s what I think, that we do respect the regulation asking for people for vaccination.”

According to Brousseau, the provincial government’s vaccine card system, which came into effect on Sept. 13, has caused some tense encounters.

“Two weeks ago, I had three people and they were more in my face, like I’m an idiot for following the rules, you know,” said Brousseau.

Nick Braun, owner of The Nest Bistro on nearby Skinner Street, says the push back against provincial vaccine mandates has been strong by a very, very vocal minority.

“There are some people who phone and they want to know if we’re enforcing and of course we are. And as soon as they find out that we indeed are, they’ll slam the phone down,” said Braun, adding that business has dropped 30 per cent since the mandate was implemented.

According to both restaurant owners, surveillance video of the incidents show suspects pulling rocks from backpacks to throw at their windows, along with the use of a hatchet on the glass.

“It really didn’t look like on the video footage like they were trying to get in,” said Braun. “It looked like it was more an act of destruction.”

“To have three businesses where the windows are shattered, that’s alarming,” he said.

Nanaimo RCMP is now examining surveillance video and are looking for witnesses to the vandalism on Commercial Street and Skinner Streets late Thursday night into Friday morning. 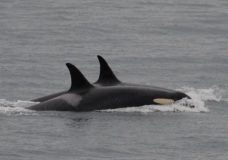 Plenty of fish in the sea for endangered killer whales during summer: report 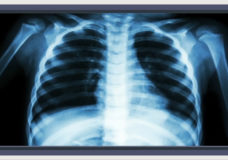