It’s been a long and lonely two months for many and with word British Columbians may soon see some relaxing of social distancing restrictions it was pretty clear Tuesday who most people walking at Oak Bay’s Willows Beach were desperate to get closer to.

On Monday Provincial Health Officer Dr. Bonnie Henry offered a glimmer of hope as she unveiled new COVID-19 modelling. Henry said the modelling shows we can soon begin a new phase where social interactions can double from 30 per cent of normal to 60 per cent. But no specific details on what that might look like were released.

“It is important for us to have connections, both with our households and our families and our more extended families, but we need to do that now in a controlled way, and a managed way and in a safe way,” said Henry.

While Premier John Horgan is expected to announce more details and timelines Wednesday afternoon, some are noticing people are choosing to relax the rules on their own.

“I notice a lot more people on the road now than say two weeks ago, even in cars, walking around, I think everybody’s getting antsy we want to get out,” said Faiazza.

“Because I’ve been so bless-fully unaffected, nobody I know is really ill from COVID, I still have a job which I’m thrilled about so it’s kind of hard to really get it that we need to take all these protections, I’m doing it, but we’re getting twitchy about it, so I’ll be glad when things loosen up a little,” said resident Micki Stirling. 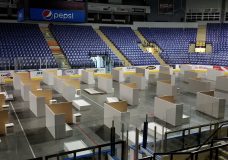 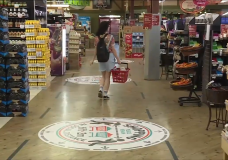