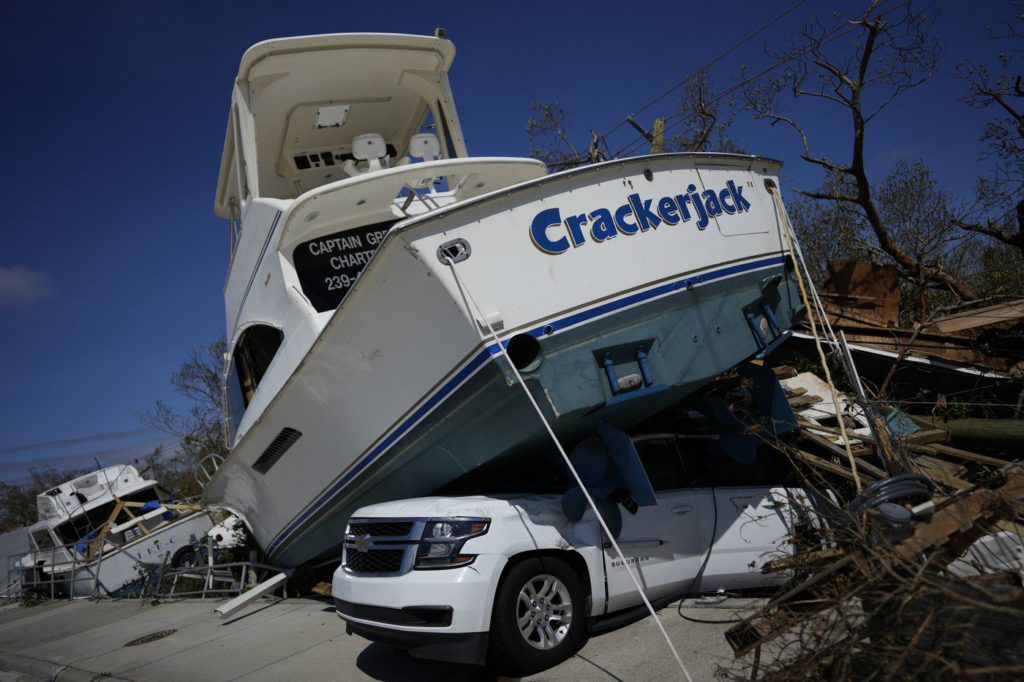 On the road into Fort Myers Beach, cars are left abandoned in the roadway, where they stalled when Hurricane Ian’s storm surge flooded their engines and their drivers couldn’t continue. Broken trees, boat trailers and other debris litter the road.

It’s even worse in the seaside tourist town, much of which was flattened by the fierce winds and powerful storm surge generated by the Category 4 hurricane.

The barrier islands along the southwest Florida coast, famed for their seashells, fishing and laid-back lifestyle, took major hits from Ian when it came ashore Wednesday. Sanibel and Captiva are both cut off from vehicle traffic because the only bridge to the mainland partially collapsed. Nearby Pine Island was also ravaged.

At the Cottage Point mobile home park in Fort Myers Beach, William Goodison and his son, Kurtis, wheeled two garbage cans filled with what was left of his belongings through knee-high water Thursday. A portable air conditioner. Some tools. And a baseball bat.

But his furniture and family mementoes were gone, submerged when a 5-foot (1.5-metre) surge of water plowed across the 60-home community of retirees and working people. Goodison’s single-wide trailer that he called home for 11 years — he had only one payment left — was destroyed. Because of the location, he couldn’t get insurance.

“I own the land, but I’ll have to scrap the trailer,” said Goodison, a carpenter. “To rebuild now …” he said, his voice trailing off at the thought. “But you’ve got to have some place to live.”

Goodison rode out the storm at Kurtis’ house inland. Otherwise, he said, he’d probably be dead.

“I don’t know how anyone could have survived in there,” he said.

Goodison said he lost numerous family photos and mementoes. “We’ll have to start building new ones,” he said.

At a small strip mall nearby, Darbana Patel and her family were wrapping yellow caution tape around the 10-foot pile that had been their gas station’s pumping area. The wooden awning that had covered the pumps and protected customers from rain had collapsed, smashing the pumps. Inside the store, the roof had also collapsed. She believes the business, which the family had owned for two years, is a total loss, but it is insured.

Patel said she was stunned when she arrived at the store Thursday to see it reduced to twisted metal and a pile of wood.

“I was like, ‘Where’s my store?’” she said. The other six stores in the strip mall also appeared to suffer extensive roof damage, and a motor home in the parking lot had been flipped on its side.

At the Get Away Marina, the storm surge lifted a dozen large boats — up to 48 feet (14 metres) long — and carried them across the parking lot and a four-lane road before depositing them in a mangrove preserve. The surge also blasted the walls off the marina’s offices and flattened its second floor.

“It must have been a strong storm,” said Robert Leisure, who has owned the marina for two years. He said he and his employees had put in a lot of work improving the docks, which are now mostly gone, and beautifying the property.

“We had a Tiki hut over there,” he said, pointing to an empty spot. “It was really cute,” he said about his business, “but no more.” He thought for a moment as he considered the rebuilding job ahead, “But where do you start?”

“No, but it must be over there someplace,” Leisure said, pointing to the mangroves.

Conley said he has insurance for the boat, but that’s not enough — he needs to take anglers out. “That’s how I pay the bills and survive,” he said.

Eric Siefert, 62, a fulltime resident of Sanibel, was one of dozens of people being evacuated from the barrier island Thursday. Rescue workers were taking equipment over to the island on small boats and bringing people back, a half-dozen or so at a time.

“I thought that given that I have a concrete home with hurricane shutters and storm-grade windows, everything would hold,” Siefert said. “And for the most part it did. We just didn’t think we’d get an 18-foot storm surge.”

Siefert’s home is more than a block from the beach and about 6 feet (2 metres) above sea level, he estimated. His house is also elevated so the living space is about 10 feet (3 metres) off the ground.

The water ended up rising to about a foot above the base of Siefert’s brand new storm sliding doors, with only about an inch of water leaking into the home, Siefert said. Despite the interior staying relatively free from water, Siefert said fear and uncertainty prompted him to lift his disabled wife onto a dresser.

“It was literally like being in the middle of the Gulf of Mexico,” Siefert said. “The water came across multiple football fields and over a street and a half, and it was coming right at us, and it was rising, and it wouldn’t stop rising.” 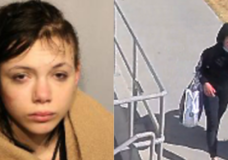 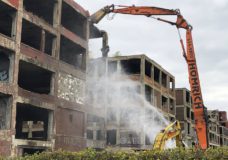