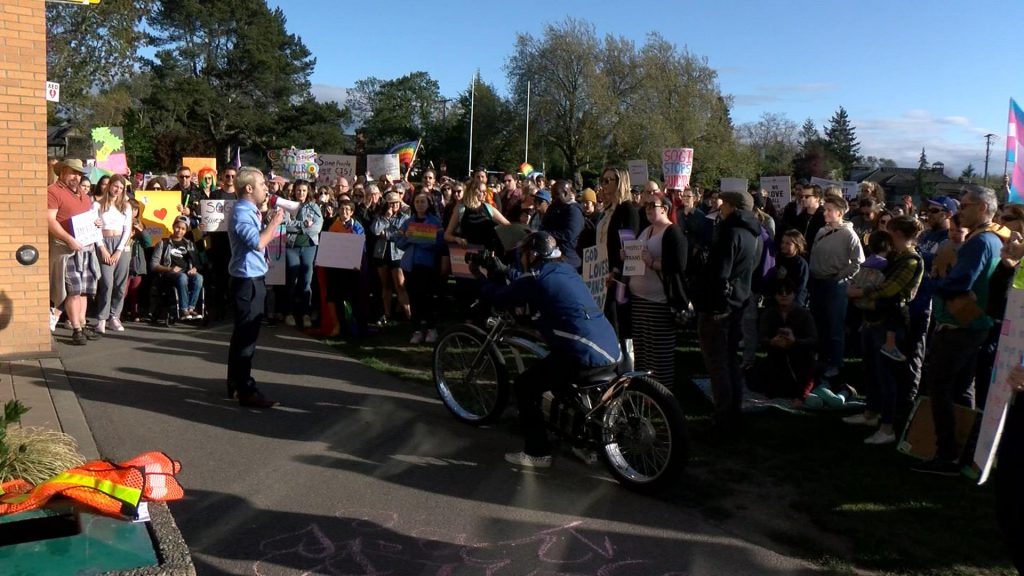 Hundreds of people gathered in Windsor Park in Oak Bay on Thursday evening to protest against a speaking event taking place in the park’s pavilion.

The talk called “the erosion of freedom:  how transgender politics in school and society is undermining our freedom and harming women and children,”  was being given by transgender speaker Jenn Smith.

Smith is critical of the sexual orientation and gender identity curriculum (SOGI) taught in B.C. schools.

Critics have called the talk transphobic and accuse Smith of promoting hate.

“It’s just important to us to represent the community and to stand up against hatred and bigotry,” said Atley Jonas, the editor of Victoria-based magazine XQQ Cross Queer Quarterly.

“We saw a lot of concern raised especially on social media and then through an email campaign that this is hate speech and it’s being held in a public venue,” said Oak Bay Mayor Kevin Murdoch.

Oak Bay council had considered cancelling the event but say they found no legal grounds to do so.

Smith says the unsuccessful attempts to shut down the conversation are an attack on free speech.

He denied claims that the event is hateful or promotes intolerance.

“What we have going on here is an elite group who are making false charges against somebody who is saying things that they don’t want the public to hear,” Smith said.

“All of society should be concerned …  this is creating a chilling effect on free speech.”

Protesters say SOGI and the message it gives to B.C. students helps save lives and needs to be defended.

“I went through not knowing what gay meant or what my life would be like,” said Ryan Clayton.

“So SOGI includes those stories into the curriculum so students can actually see the reality of the world we live in in their schools.” 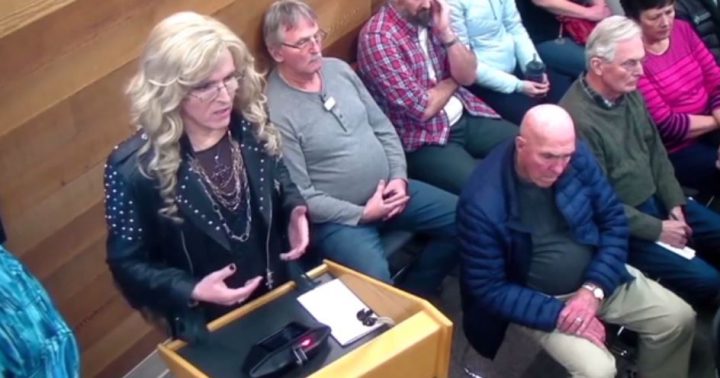 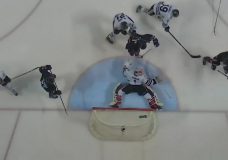 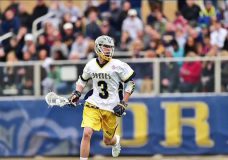 Daunting defense and a King reunion have Shamrocks ready to roll