Cheers broke out among exhausted rescuers at YVR Tuesday night, as barks and meows echoed out of crates being unloaded from a plane – a whirlwind mission named “Mission Possible,” to rescue 146 cats and 158 dogs from Kabul, was a success.

“We are definitely deeming this to be the most historic animal evacuation rescue mission of all times, so the process has been absolutely gruelling,” said Lori Kalef, Director of Programs for SPCA International.

Kalef, who lives in Victoria, spearheaded the operation that took logistical planning over months. It required diplomacy, connections, and hiring a cargo plane to get the needy four-legged residents out of Afghanistan where animal rescue groups have been caring for them since the summer.

Many owners were forced to flee without their pets, when U.S. troops withdrew from Afghanistan and have come to Canada. They include a young Afghan woman who was reunited with her cat at YVR this week, four and a half months since fleeing.

“There were many tears, the family was just so excited and grateful,” said Kalef.

Some of the animals are being cared for in a special facility in Vancouver, where they are receiving medical attention.

“We could not be happier with their progress and we look forward to see how they do moving forward,” said Jesse Adams of RainCoast Dog Rescue Society.

Many more are being sent to groups like Victoria’s Cat’s Cradle Animal Rescue.

“So we were contacted by them to see if we could take any animals and we jumped at the chance,” said Michelle Kuchynski, fundraising coordinator for Cat’s Cradle Animal Rescue.

“We have four cats in our care now and I can only imagine the journey that they’ve experienced, so we’ve just brought them to a safe place,” said Tracey Ramsay, a foster with Cat’s Cradle Animal Rescue.

One third of the animals rescued from Afghanistan will be reunited with former owners, the rest will be looking for new forever homes once they settle in. All thanks to a Herculean effort,  pulled off by animal lovers here and half a world away who believed no one should be left behind. 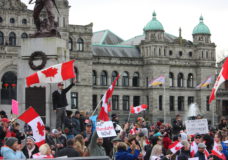 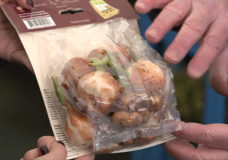 Get Up and Grow: What to do if you forgot to plant your fall bulbs and now they're sprouting