Alert Bay’s Jared Towers has been around the world researching whales but never expected a fish sighting to be so impactful.

“It was an incredible experience. I never thought a fish would blow me away,” Towers told CHEK News.

But that’s exactly what happened Tuesday afternoon just metres from his front door.

“Right in front of my house in Alert Bay and I’m standing in the water with this giant mola mola,” Towers said on video while recording the encounter.

The fish was a Mola tecta, first described in Australia in 2017 after being misidentified as a different species of sunfish for 125 years.

There have only been a few sightings in the northern hemisphere since 2019 and it’s usually found in much warmer water.

“These waters here of northeastern Vancouver Island are some of the coldest waters in coastal British Columbia and mola, sunfish of all kinds, they’re a semi-tropical fish or sub-tropical fish,” Towers said.

While it could have been brought here by ocean currents, he’s not sure.

The big fish, measuring over two metres wide and three metres across with its fins, seemed curious and, in a magical few moments, appeared to be as interested in Towers as he was in the fish.

“This fish stops swimming in circles and it came right up to me and it stopped and just looked at me for about a minute and it just looked me up and down and then it slowly swam away,” Towers recalled.

He says it’s fascinating that for 125 years, no one knew this type of mola existed.

“After describing several different kinds of mola, over a century and a quarter went by before folks who study this kind of fish realized that here’s another species right in front of us that we never noticed before,” he added. 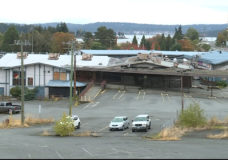 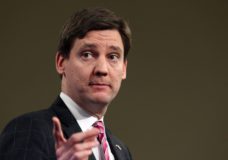