WATCH: Conservancy Hornby Island cites the ecosystem and dwindling demand for roe in Japan as reasons why the Department of Fisheries and Oceans should end the roe portion of the herring fishery.

Lambert Channel between Hornby and Denman Islands was quiet Wednesday, but in a few short weeks when the herring fishery opens vessels from as far as Prince Rupert and the lower mainland will be competing for the best spot.

However, Conservancy Hornby Island is calling on the Department of Fisheries and Oceans (DFO) to cancel the roe portion of the fishery.

“Eighty per cent of chinook salmon diet is herring and 80 per cent killer whale diet of the southern resident orcas is chinook salmon so you don’t have to be a scientist to figure out there’s a pretty powerful link there,” said Grant Scott, Conservancy Hornby Island President.

Other local groups are also calling for a shut down of the fishery pointing to Japan where the demand for roe has dropped dramatically in recent years.

“We view this fishery as basically a reduction fishery because more than 90 per cent of all of the biomass that is caught goes to make food for fish farms and pets and only 10% of that goes as a luxury to Japan to help them celebrate New Year’s,” said Dorrie Woodwards of the Association of Denman Island Marine Stewards.

“We know that this herring stock which spawns here around Denman and Hornby is the last remaining stock which is flourishing on the whole Pacific coast. There used to be five big stocks and now this is the only one left. The others are much diminished and not recovering so this stock here has to do all the work of feeding the salmon and through the salmon the orcas with enough food to sustain them,” she added.

CHI says the fishery used to be worth upwards of $5,000 a ton decades ago but now the fish is only worth between $150 and $700 in a good year and they call it an outdated fishery.

“When we see what the value of it compared to the value in the ecosystem we just don’t think it’s a very smart use of this valuable marine resource,” said Scott.

Barney Dudowardy disagrees. He has been a herring fisherman since the 1970s and says other predators are the real problem.

“I think they’re barking up the wrong tree there,” he said. “They’re not saying anything about the seals and sea lions that are eating up the salmon and the fry.”

The Department of Fisheries and Oceans says they’re watching the stock very closely and that for now, it is doing very well.

“The stock appears to be near historic highs which means that there is room for a commercial fishery to occur, that will not pose a conservation threat to the stock,” said Neil Davis, DFO Director of Resource Management.

“It’s still a very active fishery, it’s able to make a profit in what it catches. It’s not really our focus to decide whether a fishery is financially viable because of changes in the market such as they’ve suggested, our focus is about how much fishing can the stock sustain accounting for uncertainty and taking a precautionary approach. And then making science-based decisions as best as we are able with that in mind. We can’t and we don’t try to control what markets are doing.”

The group has garnered 25,000 signatures on an online petition to stop the fishery. It can be found here. 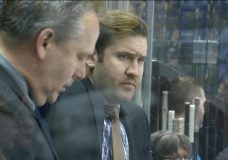 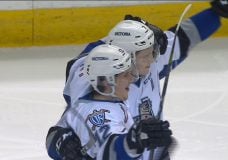