Horgan says feds are using B.C.’s opposition to pipeline expansion as ‘an excuse’ 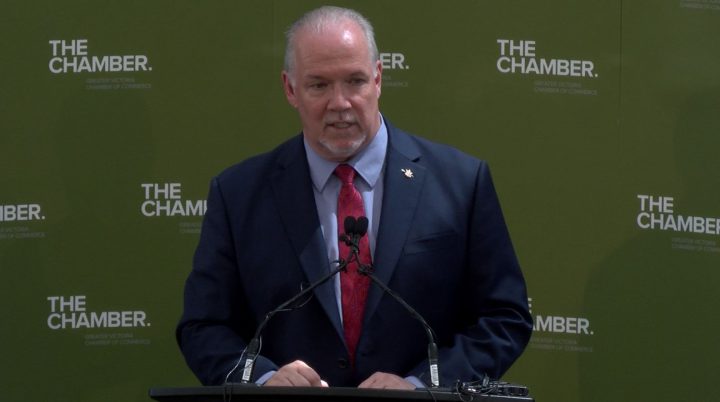 In a statement following federal finance minister Bill Morneau’s announcement of pipeline compensation for investors, B.C. Premier John Horgan defended his government’s opposition to the Trans Mountain pipeline expansion, saying “we are standing up for British Columbia’s environment, economy and our coast against the threat of a bitumen spill”

In a statement, Horgan said the province’s stance is entirely within its rights to stand up for B.C’s environment, economy and coast against an oil spill.

“The federal finance minister is trying to use our government as an excuse, as the federal government puts taxpayer money on the line to backstop risks to private investors, while completely ignoring the risks to B.C.,” Horgan said.

“The fact is, we’ve been issuing permits in a fair and timely manner, and have proposed new regulations that are now referred to court to confirm our jurisdiction.”

In a Wednesday morning media conference in Ottawa, Morneau said the federal government would “provide indemnity” to Kinder Morgan, or any other investors should pipeline opposition delays drive up the cost to complete the project.

Kinder Morgan has dropped all non-essential spending on the $7.4 billion pipeline twinning that would increase bitumen transport between Edmonton and Burnaby and wants assurances it can proceed with construction by May 31.

With the federal commitment to investors, B.C. Liberal leader Andrew Wilkinson said taxpayers will be responsible for cleaning up what he called “Horgan’s mess”, instead of the bill being paid for privately.

“Oil will continue to be shipped by rail through our communities despite the dangers, and tankers will continue to operate off our coasts carrying oil to Washington refineries,” Wilkinson said.

“While Horgan risks the economic future of B.C. to hold on to power, our province may face the consequences of losing out on opportunity and prosperity.”

After speaking at the B.C. Tech Summit in Vancouver, Horgan said, “I’m doing what I said I would do, I’m defending the interests of British Columbia.” 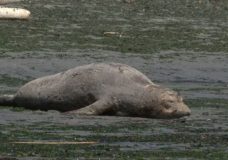 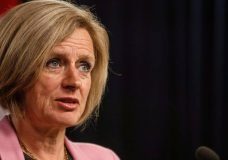 Notley set to pass bill that could cut oil to B.C. in pipeline fight