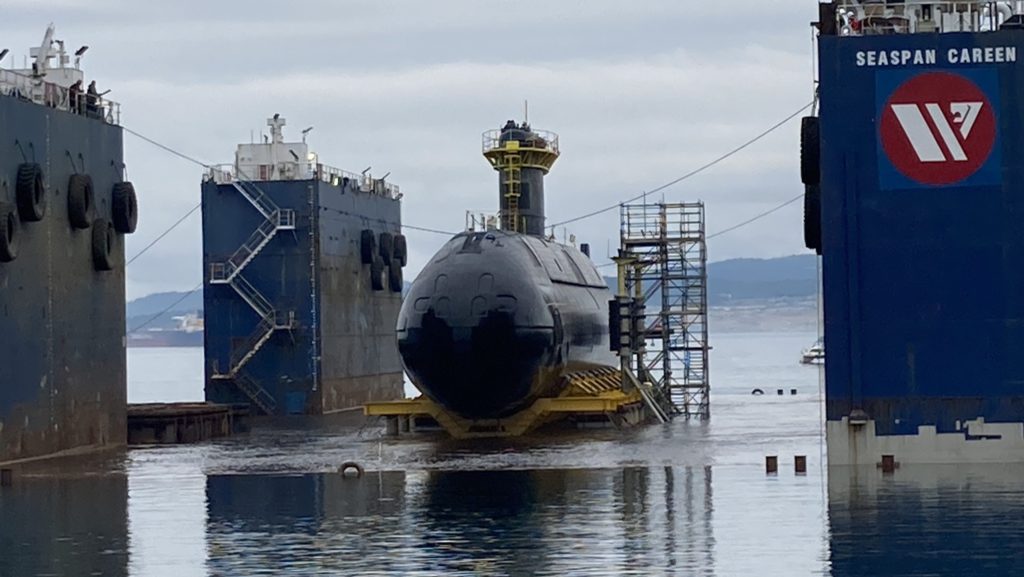 CHEK News
HMCS Corner Brook was transferred by barge to Ogden Point, where it will be lowered into the water for the first time in years.

A long-range hunter-killer submarine in the Canadian Navy has been transferred by barge to Ogden Point where it will return to the water for the first time in years.

Since 2015, HMCS Corner Brook has been undergoing extensive work in dry-dock at the Esquimalt Graving Dock, performed by Babcock Canada Inc., to ensure it remains safe and effective for operations.

While that work isn’t expected to be completed until early 2022, at Ogden Point the submarine will be slowly lowered into the water for the first time since it went into dry-dock.

Since then it has received 47 equipment upgrades including a new communication mast, a new universal modular mast which enables high-speed satellite communications with shore, a sonar suite and installation of equpiment to allow the Victoria-class vessel to fire modernized torpedoes.

Once the work is complete the Navy says HMCS Corner Brook will be the most advanced submarine in its fleet.

The sub has been undocking in stages since June 10, when it was moved to a lift barge and then transferred to Ogden Point for a final undocking.

After it is undocked, the vessel will continue undergoing work at the Esquimalt Graving Dock. Its next milestones include a camber dive and sea trials in late 2021 to verify system performance and support crew training.

HMCS Corner Brook has had its fair share of hardships, with the vessel docked for extensive repairs and maintenance for the past six years after striking the bottom of the ocean off B.C. in 2011. A fire also broke out while it was docked in Victoria in August 2019. 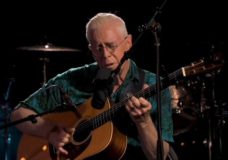