After months at sea, the HMCS Calgary is back home.

On Monday, the crew of Halifax-class frigate, which has been a part of the Canadian Forces and Royal Canadian Navy since 1995, was welcomed home in Esquimalt — reconnecting with loved ones after spending seven months at sea.

“Can’t really describe it, that much time away with very little interaction with populous, trying to keep up with everything back home you know it’s a really unique experience,” says one of the HMCS members.

The ongoing COVID-19 pandemic made deployment challenging for crew members, who spent very little time spent off the vessel and on land.

“Only twice in seven months they were actually allowed to get off the ship, but they were still able to perform at a high level,” says Commander Mark O’Donohue, who is the HMCS Calgary’s commanding officer.

HMCS Calgary left Esquimalt back in February to the Asia-Pacific region on two deployment missions.

The first, Operation PROJECTION, conducting forward naval presence operations in the region, while also working to make the world more secure and enhance relationships with Canada’s allies and partners.

The second mission, Operation ARTEMIS, aimed to help stop terrorism and make Middle Eastern waters more secure. The naval crews work with international partners to patrol the Arabian Sea region and disrupt illicit drug trafficking and keep the seas safe. These include the Red Sea, the Gulf of Aden, the Gulf of Oman and the Indian Ocean.

Both operations were a success.

“We broke two international records, one for the most heroin seized in a single interdiction and the other, the most contraband seized by a single ship in a rotation of this deployment,” says O’Donohue.

Records broken or not, families couldn’t wait to welcome their heroes home. 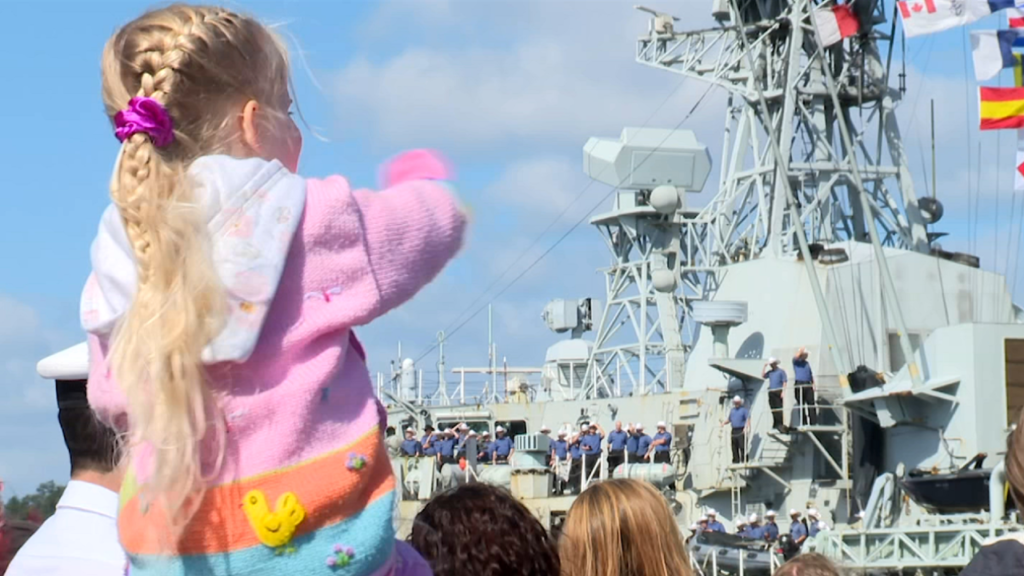 After months at sea, the HMCS Calgary returned home to a crowd of supporters on Monday. (CHEK News) 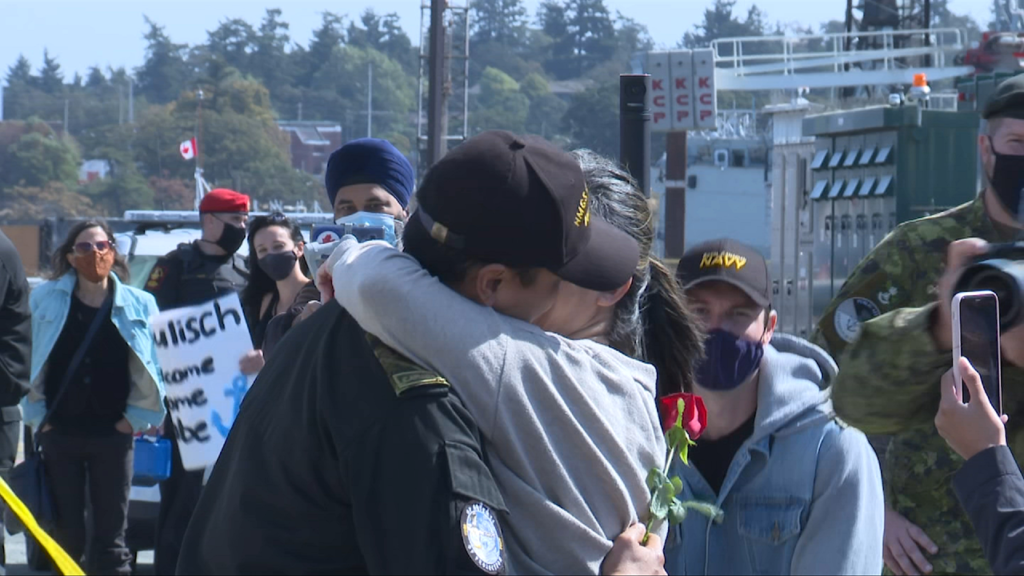 An HMCS Calgary crew member embraces a loved one on Monday. The ship returned home to Esquimalt after seven months at sea. (CHEK News) 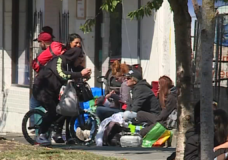 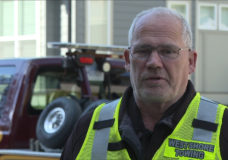