Highlanders find the scoring touch, but lose to TSS Rovers

WATCH: As part of the Juan De Fuca Plate, the Victoria Highlanders suffered a 3-2 loss at the hands of the TSS Rovers from Vancouver at Centennial Stadium this afternoon.

The Highlanders found themselves down in the game early, as Rovers striker Eric de Graaf would beat the Victoria netminder just 11 minutes in to make it 1-0 visitors.

Highlanders striker and former UVic Vike Cam Hundal would even things up in the 39th minute, and two goals right before the half would send the players into the locker room at a 2-2 draw.

In the second half, the Rovers would break the deadlock, Thomas Gardner would score in the 76th minute, and that would be the difference as the Rovers take the match 3-2. 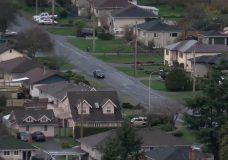 Spotlight Interview: Where are people happier, the city or the countryside? 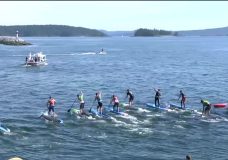