Hermann’s Jazz Club looking at a new ‘lease’ on life

WATCH: The future of Hermann’s Jazz Club has been up in the air ever since club founder passed away in 2015. But now, the non-profit Jazz On View Society has reached a deal to lease the View Street building. But as Kori Sidaway tells us, they still need help to make it happen and keep the music alive.

Walking by on View Street, Hermann’s Jazz Club may just seem like any other hole in the wall.

But, it’s much more than just that.

“If Hermann’s were to disappear, there would be no replacement for it,” said Nick La Riviere, who has played with his band at Hermann’s for years.

“It’s an institution is what it is,” said musician Ashley Wey.

“The legacy of Hermann’s, I mean the community of people that come here, we’re family!”

And it all started with one man.

“Herman was a really big music supporter, he would often be there at my shows to watch. He sat in on with the washboard once for fun,” said La Riviere.

Under Herman Nieweler, the club became a musical haven. A home away from home and a meeting place for creatives young and old.

“I’ve been born and raised in Hermann’s,” said Wey.

“There are so few all-ages venues in the world were young aspiring musicians can get the opportunity to play and have a mentorship program, but also get exposed to really great shows.”

But after Hermann passed away in 2015, things fell apart.

“When I stepped in at the end of July it was kind of a life support kind of situation, trying to stabilize the operation,” recounted Stephan Nieweler.

A messy estate battle made the future of Hermann’s legacy, uncertain, for the past four years.

But now, the Jazz On View Society is hoping to give Hermann’s Jazz Club a new ‘lease’ on life.

“We’ve been able to work out a lease with the family that owns the building to lease the ground floor of the building for the next five years,” said Bill Turner, the chairman of the Jazz On View Society.

The not-for-profit group needs to raise $75,000 within the next six weeks to keep the music flowing.

“We’re hoping the fans of Hermann’s and the people that have played here before, will all come forward and make small contributions towards that $75,000 to get it going,” said Turner.

People can donate here, so the sweet sounds of jazz, at the historic house, won’t ever fade away. 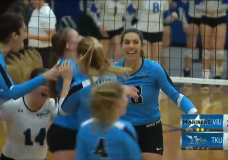 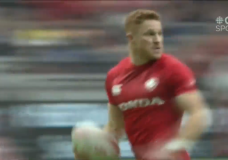