Hells Angels Nanaimo chapter is fixing up their clubhouse

Posted: Jun. 26, 2020 6:16PM
CHEK
WatchThe Hells Angels Nanaimo clubhouse has been getting a facelift during the past 48 hours following a recent win against the B.C. government.

The BC government seized several clubhouses nearly 13 years ago under the Civil Forfeiture Act but after a lengthy court battle, the Hells Angels have won back possession of several locations across B.C., including the one in Nanaimo.

Now they’re fixing the Nanaimo clubhouse so it can be used once again.

Over the past two days, they’ve revealed their emblem again. A security company has been on-site and they’ve taken down the fence that long surrounded the property.

But as soon as CHEK cameras arrived, those working on it walked into the neighbouring property until CHEK left.

“It’s been a very long time coming and I know it’s been very challenging for everybody right from the province to the Angels themselves,” said Gord Bestwick, a neighbour.

“I’m glad that we’re going to have something done with the property and before the clubhouse was taken they actually maintained it very well and were quite good neighbours.”

“It will be nice to have a fresh coat of paint and clean it up and stuff and so hopefully that’s what they do,” said Michel Lagasse, another neighbour.

In 2007, police raided the Hells Angels Nanaimo clubhouse. It was seized along with two others in the province under B.C.’s then relatively new Civil Forfeiture Act.

It allows the government to seize items if they came from the proceeds of illegal activity.

After an epic court battle, a BC Supreme Court Justice ruled earlier this month the province had not proven that the clubhouses “play an important role in enabling and empowering members of the Hells Angels to engage in serious crime for financial gain.”

The court ordered the properties control to be returned to the Hells Angels.

In a statement, BC’s Ministry of Public safety said “the Civil Forfeiture Office and its counsel are reviewing the court’s findings… At this time, we cannot comment further, including with regard to potential next steps.”

“They’re a risk to the public and public safety in BC as well as across Canada. We’ll continue to investigate them and everyone who involves themselves in gang-related criminal activity,” said Sgt. Brenda Winpenny with the RCMP’s Combined Forces Special Enforcement Unit.

The Hells Angels declined being interviewed. 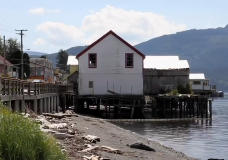 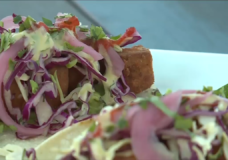