Posted: Jan. 3, 2022 6:58PM
CHEK
WatchTraffic on Mount Washington Sunday was the worst many people had ever seen taking several hours to get down the mountain. Dean Stoltz has more.

Winter enthusiasts heading up Mount Washington Monday morning were turned back after upward traffic on the road was suspended because full parking lots at the top were leaving people with nowhere to go.

Provincial snow clearing contractor Mainroad North Island said there has been so much snow — including another 44 cm Sunday — that it is been running out of places to put it.

But it was the chaos that ensued Sunday that many people were still talking about.

That’s because long lines of traffic and long waits to get off the mountain were commonplace Sunday as a snowstorm raged and bumper-to-bumper traffic came to a grinding halt.

Alex Blair said it took her husband four hours to drive down the mountain Sunday.

“He told me everyone was out of their cars looking at what was going on, can we go again, can we not?” she told CHEK News Monday. “And then someone just decided to pass all the cars and ended up in the snowbank again. So, then everyone had to wait again for that car to get pulled out.”

In another incident according to Mainroad, someone had stopped on the road to put chains on their tires and when a bus tried to get around it, it slid sideways and got stuck, closing both lanes of the road.

It was a day filled with similar stories and simmering anger as patience wore thin for many people, with many taking to social media to vent their frustration.

Chris Cowley, manager for Mainroad North Island, said on Monday that the volume of snow and ill-prepared drivers made clearing the road extremely difficult.

“The main problem for us is once traffic stops for an incident or something like that our trucks can’t move and cycle and the road gets drastically worse really fast,” said Cowley.

He also said snowplow operators have been doing their best and have been working non-stop since Christmas, with many having to come in on holidays.

“Snowplow operators have been working around the clock since Christmas, many coming in on holidays and days off and are doing the absolute best they can,” Crowley said.

Mount Washington spokesperson Kayla Stockton said the resort is aware of the problems and is doing the best it can.

“This is the last thing anyone wants especially here at the mountain, we’re here to provide a great experience for people to get out and enjoy the snow,” Stockton said.

Mount Washington staff are asking people to be patient and better prepared for the trip up.

“When it’s snowing heavily throughout the day it’s very difficult for the crews to make snow removal progress on the roads and I think part of the problem as well is vehicles being unprepared for this kind of road travel,” she said. “Not having tire chains for when the chain up lights are on, being unprepared to put those chains on and using things like the roadways instead of the roadside pullouts where chains should be put on.”

Mainroad North Island said it was also extremely busy on Highway 28 and Highway 19 North on Sunday, where an estimated 500 trees weighed down or broken by heavy snow had been cleared by crews in order to re-open the highways.

“Our drivers were plowing a bit then getting out and cutting trees, then plowing a bit and then stopping again to cut trees,” Cowley said.

#MyMWOps huge line heading up the hill right now, traffic is moving but very slowly. If you are heading to @MountWashington this morning I would suggest waiting a bit

You have to do better than this! Rented hotel. Purchased tickets. 2 hours to get up the roadway to find out that all lots are full. Come on!

This is the stand still at the moment😕😕 pic.twitter.com/QSX0tKdzG6 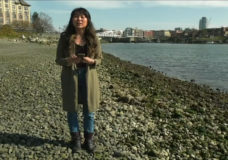 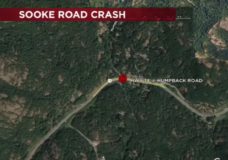