WATCH: Smoky skies in parts of Vancouver Island are expected to get worse before they get better. April Lawrence reports.

It was an unusual and picture-worthy scene at the top of Mount Tolmie in Saanich Wednesday as wildfire smoke descended on Greater Victoria.

From the Dallas Road waterfront, where the Olympic mountain range all but vanished, to the hills surrounding Nanaimo, the smoke from the B.C. Interior wildfires was creeping in across parts of Vancouver Island, prompting a smoky skies bulletin from Island Health.

“People who have underlying respiratory and heart disease, younger children, so parents with younger children need to be aware of this, and seniors,” said Island Health Medical Health Officer Dr. Murray Fyfe.

Shona Whem is one of many with respiratory issues struggling to breathe with the heat and smoky skies.

“When I got out of the car, it was like being hit with a bomb,” Whem said.

“Even though I could see the haze from my home it didn’t seem as bad as what it actually is to breathe in now,” she said.

Whem was in charge of crib Wednesday at the Cook Street Village Activity Centre, but many of the seats were empty with people choosing to stay home.

“We’ve certainly seen lower numbers today than what we usually see on Wednesday, and my guess is a lot of our folks are just staying home and staying as comfortable and as safe as possible,” said Carol Turnbull, Executive Director of the Cook Street Village Activity Centre.

For those who were venturing out, the Centre was handing out free water bottles.

While the smoke was visible Wednesday afternoon it was still at a relatively high altitude.

But Island Health said air quality will likely deteriorate over the next 24 hours, hitting different communities at different times.

“The trend line is going up for the fine particulate matter,” said Fyfe.

“They’re the little tiny particles that get really deep down in the lungs and cause some damage.” 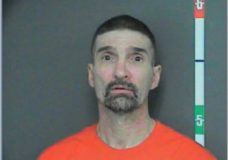 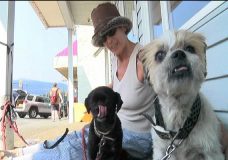