A mother has made the difficult decision to speak out after her 13-year-old Indigenous son was the target of a racist slur on a Vancouver Island soccer pitch.

“You can hear the man saying ‘he probably runs from the cops like that’,” said Sarah Russ, referring to the slur which was caught on a livestream. “Insinuating that my child is a criminal and that the only reason my child is as fast as that is because he’s running from police.”

Russ says the comments were made during an October semi-final game by a spectator supporting the Saanich Fusion team.

Russ is a proud member of the Dididaht and Skidegate First Nation. Her son is part of Cowichan Tribes. She says it’s not the first time her family has felt discrimination in sports but says this instance was the most heartbreakingly direct.

“It should be a safe space,” Russ told CHEK News. “Now I have to figure out how to tell my son I can’t fully protect him in sport.”

The Lower Island Soccer Association (LISA), Cowichan tribes, and representatives of both Saanich Fusion and the Gorge soccer team which her son is a member of met in November to go over the incident.

“It was very obvious that were gaps between BC Soccer’s policies and the policies that the clubs and associations were taking on and actually enforcing,” said Russ, remembering the meeting.

“They explained that club association members are volunteers and they cannot hold them accountable to follow policy if they’re volunteers. So they have no racial policy, which is very upsetting.”

In a statement to CHEK News, BC Soccer says “all members and affiliated organizations of BC Soccer must comply with the bylaws, rules, regulations, and policies of BC Soccer.”

“It is concerning to hear of the allegations you describe and suggest anyone who is experiencing this submit a complaint to be reviewed by the independent process.”

Russ says she submitted a formal complaint on Nov. 9.

Within the last month, LISA sent a statement to its members calling for “incidents of racial abuse to stop immediately.”

Within the statement, LISA made four commitments:

“There’s been no follow-up from the Lower Island Soccer Association as to what steps they are taking to ensure these policies are being followed,” said Russ.

Russ is also concerned there’s been no real recourse for the man who made the comment, other than being banned from games played against her son’s team.

“How do we make sure no one else has to go through this?” said Russ, who is worried the man may make other comments to other children of colour while playing.

When asked, LISA says the changes they’ve committed to “will take time to achieve.”

13-year-old James didn’t hear the spectator’s racist slur, but as Russ goes public, the difficult conversation she’s been protecting him from is looming over her.

“I’m very worried the words will stick with him,” said Russ. “I’ve had similar experiences and I still hear them to this day. I’ve worked very hard to break cycles [and] to try to ensure he’s not exposed to this. I’m feeling now that no matter how hard I work, unfortunately, we still live in a day and age where these views are present.”

She’s calling on LISA to consult with her and her son’s lived experience to help inform this next process the soccer association has committed to.

“It would, I think also help my journey in feeling better about the experience that happened to us. I think it would help my son as well. To learn how to stand up for himself as an Indigenous young man” said Russ. 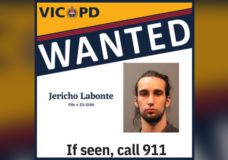 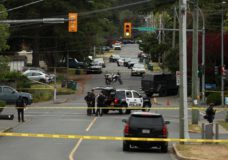