“I could not believe that he didn’t slow down,” Owen Wilson told CHEK News.

“I was yelling at him before he hit it to tell him to stop and then after he hit it he accelerated and left. I just could not believe he almost ran over my six-year-old and then fled the scene.”

A man driving an older model green Volkswagen Jetta is seen plowing into the hockey net the two were using.

Wilson can then be seen telling his daughter to get away from the road as he begins to go after the man down the street.

“The net was clearly off to one side of the road. I had a big large orange cone out and a ‘children playing’ sign to signify caution, that there’s children playing on the road and he didn’t even slow down or swerve, just went straight through it and continued on,” added Wilson.

Neighbour Jackie Bowman was witness to the incident, which left her in shock and disbelief.

“I couldn’t believe it,” Bowman said.

“I saw him get out of his back seat, he fell about three times before he could get to the front seat and then I watched him drive away and to me it almost sounded like he sped up.”

Perkins Road is a quiet dead-end street, but people who live on it say the man has caused problems before. They say he doesn’t live there but frequents the area regularly and sometimes sleeps in his car in a driveway, believed to be his elderly mother’s.

They allege the driver was impaired, but say police never showed up to investigate.

“Yeah. the police response was not what we thought it should have been,” said Wilson. “No follow-ups were done, they never actually came out to investigate physically and they haven’t followed up with any of the witnesses, they never wanted to see the video of the incident.”

Residents say there was another incident with the man driving aggressively near children Wednesday night and police did attend, but let the man go.

“We had told them he was driving aggressively and cursing at children and we didn’t see him getting a breathalyzer, we didn’t see them search the vehicle. They just talked to him and let him go,” said Bryce Andrews who lives next door to Wilson.

An RCMP spokesperson told CHEK News on Thursday that police are investigating the incident involving the hockey net, but could not provide further details. 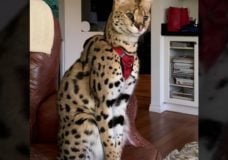 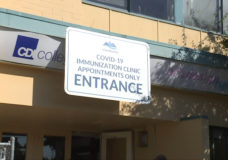