April 15, 2021 updated
Victoria HarbourCats
WatchThe pandemic has thrown another curveball at competitive baseball on Vancouver Island as the Victoria HarbourCats and Nanaimo NightOwls have officially cancelled their 2021 season amid COVID-19.

The pandemic has thrown another curveball at competitive baseball on Vancouver Island as the Victoria HarbourCats and Nanaimo NightOwls have officially cancelled their 2021 season amid COVID-19.

The HarbourCats had been preparing for a return to the diamond this summer at Wilson’s Group Stadium after having shut down last year due to the pandemic, while the NightOwls were gearing up to play their inaugural season at Serauxmen Stadium in Nanaimo.

After consultations with the West Coast League, however, the plug was pulled on 2021 baseball on Vancouver Island as the cases continue to surge and provincial health regulations create complications.

“There are simply too many things working against us,” said Jim Swanson, currently the GM of both the HarbourCats and the NightOwls. “We certainly appreciate the efforts of the NorthPaws and Riverhawks in truly exploring all options for a 2021 season, they will be great additions to the WCL and the Canadian side of the league, now starting in 2022.”

Fans who have purchased tickets, or ticket vouchers for both HarbourCats and NightOwls 2021 games, will receive full value for their purchases, according to both organizations. Additionally, season ticket holders who have paid in full will automatically have their tickets rolled over to the 2022 season. The organization adds that anyone with 2020 or 2021 specific game tickets or flex pack vouchers will be able to redeem those for tickets into the 2022 season once the schedule is announced at a later date.

“This is hard on our staff and coaches and we now give players time to find places to develop further this summer, likely somewhere in the U.S.,” added Swanson. “Make no mistake — the HarbourCats will be back at Wilson’s Group Stadium, and the NightOwls are going to get off the ground in 2022.”

While the Canadian teams in the West Coast League will throwing in the towel for the 2021 season, the 10 U.S. teams will be playing a modified, American-only schedule. As a result, both Vancouver Island clubs are hoping the West Coast League prioritizes the development of the 2022 schedule as a way to allow for Canadian organizations to start planning for their post-COVID season.

“One of the best things that the league can do for the Canadian teams right now, in fact for all the teams, is to develop and release a 2022 schedule as early as possible,” said Christian J. Stewart, the HarbourCats Assistant GM. “In that way, our teams can immediately start marketing and planning for that schedule, rather than having to wait until the late fall, when the WCL schedule is traditionally released.”

In the interim, the teams plan on continuing community involvement in their respective locations, while “substantial stadium improvements” will be undertaken in Nanaimo, with another year to prepare.

Although the organizations are disappointed to be missing out on fans this summer, the focus has shifted to building up an exciting return to Island baseball next year.

“Opening day in 2022 is going to be one heck of a party and we can’t wait to see everyone there!” adds Stewart.

Further details and updates on ticket exchanges and schedule updates can be found at www.harbourcats.com and www.nanaimonightowls.com. 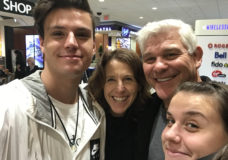