It has taken three years to get Habitat for Humanity Victoria’s latest project underway, but work has now begun on the charity’s largest build yet, in North Saanich.

“It’s an amazing privilege to have Habitat able to help our family” says new Habitat homeowner Niu Savea, who will move into one of these North Saanich homes. “We have a young family, three kids, and we were able to hear about it and apply, and got into the program.”

And just like every other new Habitat homeowner, Savea’s family is donating 500 hours of volunteer labour to the charity.

“We just move concrete and just do whatever needs to be done beside the construction guys” says Savea.

Habitat for Humanity Victoria is a registered charity that brings communities together to help families build strength, stability, and independence through affordable homeownership.

Since its founding in 1990, Habitat Victoria has built 23 homes locally and served 27 families.

Habitat’s vision is accomplished through volunteer labour, efficient management of the charity, and tax-deductible donations of money and materials.

Each family invests 500 hours of their own labour into the building of their home and the homes of others.

Habitat houses are sold to qualified families at fair market value and are financed with affordable mortgages. The homeowners’ monthly mortgage payments go into a revolving fund, which ?is used to build more homes.

“We’re so excited to be here,” says Yolanda Meijer, chief executive officer of Habitat for Humanity Victoria. “We are building ten homes for families, ranging from two two-bedrooms and four-bedrooms, up to six three bedrooms.”

“Brian and John Berglund [from Reay Developments] have donated the land for us to build this. It’s the largest donation in our history, and it’s a homeownership model. So we provide an equity solution to a problem of housing,” adds Meijer.

Matthew Bird, job site superintendent at this build, says building homes for Habitat means a lot to his crew.

“Every single trade that I’ve had come on-site, they’ve really gone above and beyond to make sure that we are on budget, we are on time, and that the people who are going to be moving into these homes are going to have a top-class home,” Bird said.

Although an important source of funding for the non-profit is its various ReStores in Greater Victoria, they also raise money by other means such as well.

One such method is the Habitat Victoria’s latest campaign to raise $200,000 in 100 days. The money will be used to help give eleven local families achieve affordable homeownership.

“We have six families that have already been selected,” says Meijer, “and they have been busy doing their volunteer hours. So, there are four more families that we’re looking for.”

Meanwhile, Savea and his family still can’t quite believe they will soon own a home in North Saanich.  “To be able to afford to have a home, to own our own home, in this market, it’s crazy, but it’s lovely,” says Savea.

Habitat Victoria hopes to welcome 10 families into their new homes in Spring 2021.

Click here to donate to Habitat Victoria. Or, click here to apply and perhaps own one of these homes. 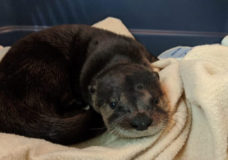