Posted: Aug. 16, 2021 7:48PM
CHEK
WatchWith 35 days to go before Canadians head to the polls, members of the Green Party say this federal election is critical for the party.

With 35 days to go before Canadians head to the polls, members of the Green Party say this federal election is critical for the party.

“I think it is a crucial election,” said Elizabeth May, former Green Party leader and current MP for Saanich-Gulf Islands.

In the last federal election, back in 2019, the Green Party won three seats in the House of Commons — May in the riding of Saanich-Gulf Islands, Paul Manly in the Nanaimo-Ladysmith, and Jenica Atwin, who captured the riding of Fredericton and became the party’s first MP outside of the Island.

But just over two months ago, Atwin crossed the floor to the Liberals after a disagreement with Green Party leader Annnamie Paul over the party’s position regarding the Israeli–Palestinian conflict.

That story followed with more reports of internal conflict, leading to calls for Paul to be removed as leader.

Now, the Green Party is balancing internal damage control while campaigning for a federal election just over a month away.

“It’s going be challenging because it’s going to be a distraction on the campaign,” said Michael Prince, a political scientist at the University of Victoria. “Usually the Green Party, their message is one of hope, optimism, positive message about the future … But what we’ve seen in recent months is a party embroiled in personalities, power conflicts, the opposite of what the brand is all about.”

With wildfires burning across British Columbia and elsewhere around the world and climate action on people’s minds, Prince says this election would be an ideal time for the Greens to capitalize.

“You would think this would be a great time for the Green Party to capitalize on those issues, however, we’ll have to see how that internal struggle, with the leader and executive and some of the rank and files, how that will really hinder their ability to really get that message out,” said Prince.

However, May doesn’t believe her party’s recent headlines will be a factor come election time.

“I’m not worried about gossip that was yesterday’s news making a dent here,” said May.

May perhaps has less reason to be worried, having held her seat since 2011, her colleague to the north, meanwhile, understands the pressure’s on.

“Campaigns are always races and I’ll take nothing for granted,” said Manly, who won his seat in 2019 by just over 6,000 votes. “I’m going to work really hard to get re-elected and hope that the people will put their trust in me again to represent them in Ottawa.”

Heading to the election, only two of the seven Vancouver Island ridings are held Greens, with the NDP holding the remaining five. Manly’s riding of Nanaimo-Ladysmith riding is one the NDP will be looking to capture this time around after losing in 2019.

CHEK’s political correspondent Rob Shaw, says Vancouver Island right now looks very much like a battle between the NDP and the Greens.

“The question being does the Green party implosion cost them their two Island seats in Nanaimo-Ladysmith, Saanich-Gulf Islands,” said Shaw. “If it does, can the NDP slide in, take those ridings and sweep the Island orange.”

While talking to voters in Sidney today, May avoided her party drama.

“The climate emergency is our number one concern,” said May, focusing on her party platform and hoping voters do the same. 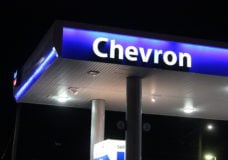 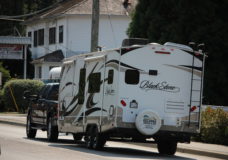