A bill to implement what Prime Minister Justin Trudeau called the most significant economic program since the Second World War was passed Saturday by the House of Commons “on division” after some six hours of speeches and debate.

On division means there was some opposition among the handful of MPs in the chamber but there was no recorded vote. It was not immediately clear who objected.

But sources in other parties, who spoke on condition of anonymity because they were not authorized to speak about confidential, behind-the-scenes negotiations, suggested the Conservatives insisted on the final vote being on division as part of an agreement to let the bill sail through the Commons in a matter of hours.

In the Senate later, it was Conservative Senate leader Don Plett who called for the bill to be passed by that chamber “on division” as well, after which it received royal assent late Saturday.

Plett accused the government of being “asleep at the wheel” and “doing too little, too late” throughout the crisis and asserted that, “by consistently fumbling its management of the health crisis, this government has led the country straight into an economic crisis.”

Plett also took a sharp jab at Trudeau, who went into self-isolation at his home, Rideau Cottage, after his wife fell ill with COVID-19.

“Essential workers get up every day and leave the safety of their home to serve their country. Perhaps the prime minister should have done the same and gone into the office to pick up the phone and properly consult with Canadians, instead of choosing to stay at his cottage long after his 14-day isolation had ended,” Plett told a handful of senators in the upper house.

Despite the Conservatives’ apparent lingering misgivings about the content of the bill, they agreed to allow it to pass quickly and dropped their previous attempt to tie the bill to the longer-term question of how Parliament should function in the midst of the crisis.

At a morning news conference just hours before the Commons met for a rare emergency sitting on the Easter long weekend, Conservative Leader Andrew Scheer said his party agreed to continue discussions later on the future of Parliament.

The bill authorizes the federal government to pay companies 75 per cent of the first $58,700 earned by each employee, up to $847 per week for up to 12 weeks. The subsidy is retroactive to March 15 and will be available to companies that lost 15 per cent of their revenue in March or 30 per cent in April or May.

Finance Minister Bill Morneau said the money will begin to flow within two to five weeks, with the government working to get it started in the shortest possible time.

Scheer said Conservatives won some improvements to the bill over the past week of negotiations and argued that demonstrates how important it is to have the Commons sitting regularly so that the government can be held to account.

“This shows that during times of crisis, Parliament needs to play its role,” he said.

Scheer reiterated his party’s contention that the Commons should sit — with reduced numbers — four days a week.

Trudeau has argued that in-person sittings present a health risk for Commons clerks, administrators, security and cleaners who’d have to come to work at a time when all Canadians are being urged to stay home to curb the spread of the deadly virus. He’s also argued that small sittings — like Saturday’s sitting of just 32 MPs who are primarily within driving distance of the capital — would shut out MPs from all corners of the country.

Trudeau’s Liberals have been promoting the idea of virtual sittings of Parliament. Commons Speaker Anthony Rota has instructed Commons administration to consult with experts about the logistics and technology required for virtual sittings, with the goal of having them up and running within four weeks.

But Scheer said: “We can’t wait that long.”

He suggested that in-person sittings should be held until virtual sittings can be implemented.

For the past couple of weeks, the Commons finance and health committees have been meeting weekly via teleconference. As part of the deal struck with opposition parties to speedily pass the wage subsidy bill, government House leader Pablo Rodriguez said more committees — industry, government operations, human resources and procedure and House affairs — will also begin virtual meetings.

The latter committee will be specifically tasked with exploring the best ways for the Commons to function in the weeks ahead. It is to report back by May 15.

Senators separately agreed to have two Senate committees begin meeting to examine government measures to respond to the COVID-19 crisis and to set up a special committee once the pandemic is over to review lessons learned.

To satisfy the NDP and Bloc Quebecois, the government promised in the motion to speed the bill through the Commons that it would implement measures “without delay” to fill some of the gaps left by emergency aid programs.

It also promised to ensure essential workers who are earning low wages will receive additional support.

At the behest of the NDP, the motion was amended to add a promise that the government will not “unjustly penalize” anyone who in good faith applies for and receives emergency benefits but is subsequently found to be ineligible.

The government also promised in the motion to provide partially non-repayable loans for small and medium-sized businesses to help them cover fixed costs, such as rent.

For the most part, the sitting was notable for its lack of partisanship, with New Democrat, Green and Bloc MPs thanking the government for being open to their suggestions for improvements and ministers thanking opposition MPs for their collaboration

Conservatives, however, characterized the bill as a “fix,” required after the government botched its first emergency aid legislation two weeks ago — $107 billion worth of tax deferrals and direct financial aid, including just a 10 per cent wage subsidy.

Trudeau, who has addressed the nation daily at briefings outside his home for 26 days, spoke instead Saturday in the Commons, where he delivered a Churchillian speech invoking the heroic battles fought by Canadian troops in the First and Second World Wars.

“This is not a war. That doesn’t make this fight any less destructive, any less dangerous but there is no front line marked with barbed wire, no soldiers to be deployed across the ocean, no enemy combatants to defeat,” he said.

“Instead, the front line is everywhere. In our homes, in our hospitals and care centres, in our grocery stores and pharmacies, at our truck stops and gas stations. And the people who work in these places are our modern day heroes.”

This report by The Canadian Press was first published April 11, 2020. 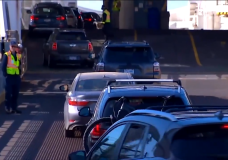 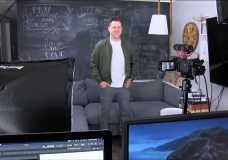