Getting the “core” of the best apple for apple pie

October 20, 2019 updated
Chek
WatchDid you know Salt Spring Island is home to hundreds of varieties of heritage apples? But which ones are the best in pie? Tess van Straaten had a tough assignment today — getting to the "core" of the issue at the Moss Street Market's annual apple pie fundraiser.

They’re all made from heritage apples grown on Salt Spring Island.

“These apples have been nurtured and maintained over the years with an enormous amount of effort and it’s tremendous to see this number of varieties you don’t see in the grocery store,” Walker-Duncan said.

“This is the Dutch favourite, boskop!”

They’re all from this man, Harry Burton of Applelicious Orchards, who grows hundreds of different varieties.

“King is the west coast favourite, Bramlee is the English favourite,” Burton said.

Volunteer bakers including first-year students from Camosun College’s Culinary program then get to pick their favourite apples.  For this life-long baker, Lise-Lotte Loomer, it’s the belle de boskoop.

“I guess I just like how it bakes, it’s not a tart apple for me and it gets a little mushy, which some people don’t like but I like,” Loomer said.

And for just $5, with all the proceeds going to three different non-profits, pie taster Laura Cousins said you can sample three taster-size slices.

“I grabbed the apple and french pen tart and then this one here, which is a carmaine de sounaville, in the red flesh but I think my favourite apple that’s grown around here is the grenadine, which is that bright pink one,” Cousins said.

In addition to all the different apples, there’s also lots of interesting ingredients like this pie with quince. which is only available a couple weeks a year, which is great news for an apple aficionado like Marria Gauley.

“The nice thing about this event is if you go down the line, every pie should have the name of the heritage apple, so if you’ve never tried that apple you can try it prepared and if you like it you can go buy them from one of the vendors at the market,” Gauley said.

That gives bakers, and pie lovers, the chance to make their own tasty treats. 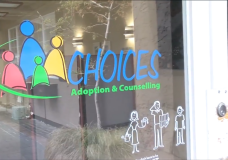 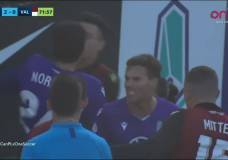