Generosity pours in for robbed Nanaimo barber who helps kids

Posted: Feb. 6, 2020 6:19PM
CHEK
WatchA beloved Nanaimo barber is back in business and stunned by the community's generosity after his shop was robbed Wednesday. Dave Lawrence says the kindness is overwhelming and as Skye Ryan reports, it's now even overshadowing the theft that nearly cost him his livelihood.

A smiling stream of visitors brought in donations and clients lined up for cuts at That 50’s Barber Shop on Thursday.

“Because it is a small community,” client Jake Sparks said.

The generosity is restoring downtown Nanaimo barber Dave Lawrence’s faith in his community.

“It’s blown me away what they’ve donated,” Dave said.

The donations come in the wake of a disturbing robbery.

“I was just shocked,” Dave said.

“I was dumbfounded. I didn’t know what to do.”

Sometime overnight Tuesday or early Wednesday, thieves broke into the barbershop on Victoria Crescent, stealing the cash box, clippers, and priceless scissors bought for him by his grandma when he was just starting out.

They were the tools Dave needs to make a living for his family. His wife, Kim Lawrence, stays home with the children.

“He’s literally the rock of our family,” she said.

The barber is also a rock of Nanaimo’s downtown. It’s a champion for low-income families. Each year, it gives away hundreds of backpacks full of back-to-school supplies and free hair cuts to those in need of a “fresh start,” for the coming school year.

“Dave does so much for the community,” Nanaimo resident Bob Gordon said.

“And then to walk in here yesterday and see him in that state,  it’s a sad state of affairs.”

When a friend of Dave’s started a GoFundMe to help him replace his stolen clippers, the fundraiser exploded. Almost $8,000 has been raised.

“They gave what they could,” Kim said.

RCMP are investigating the robbery. With the money raised by the community, this big-hearted barber has bought new clippers so he can work and plans to install a security system.

But those scissors that his late grandmother gave him, they can never be replaced and he hopes just maybe they might come back in the end. 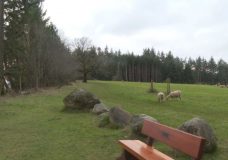 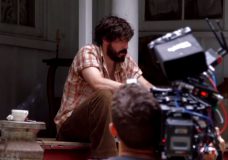 Victoria Film Festival set to kick off with a splash