WATCH: Experts say sustained higher gas prices will have a ripple effect on the economy. Calvin To reports.

As a senior on a fixed income, Barbara Shobbrook is feeling the effects of higher gas prices. She has reduced the number of trips she takes in order to minimize her fuel expenses.

Diane Pearson, Family Resource Coordinator at The Mustard Seed Family Centre, says they have a very limited supply of gas cards for emergencies, and they have already given some out.

“It’s disproportionate,” Pearson says. “When you’re on low income, that gas price increase hurts you a lot more than someone who’s earning more money or has a better income.”

Chris Raper, Senior Vice-President and Portfolio Manager at Raymond James Ltd., says higher prices in the long term will have a ripple effect on the economy.

“When gas prices go up over a sustained period, it’s a negative on businesses,” Raper says. “And that leads to layoffs, which means household income gets smaller, the debts start piling up, and it’s a net loss for the economy.”

Experts say the current situation has an upside: it could push society away from its reliance on fossil fuels.

In the meantime, Shobbrook is hoping for some relief in the future.

“Even at what [gas prices] were before it’s still difficult,” she said. “I would like to see them come down a lot more but I doubt that’s going to happen.” 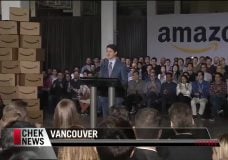 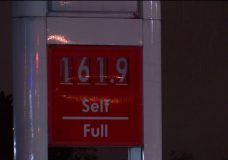 Could Kinder Morgan pipeline expansion ease pain at the pump?