A new Greater Victoria record was set when one gas station hit 176.9 cents per litre Thursday.

The Petro-Canada station at Shelbourne Street and Hillside Avenue set the dubious record, while other nearby stations Esso and Chevron were selling regular gas for 169.9 cents per litre and 157.9 cents per litre, respectively.

The previous record was set in July of last year when some Victoria stations hit 172.9 cents per litre.

Gas experts say the latest surge at the pumps is related to slowdowns caused by cold weather at the 54,000-barrel-per-day refinery in Burnaby, a key gasoline source for the Lower Mainland and Vancouver Island.

That has combined with the Trans Mountain pipeline not being at full capacity following devastating flooding late last year, as well as a refinery down in Washington State, to create supply woes, says Roger McKnight, chief petroleum analyst with En-Pro International Inc.

“Compounding the supply problems is [the] fact that demand is also spiking as drivers are getting back on the road as they see vaccination programs possibly slowing the growth of infections,” McKnight said in an emailed statement to CHEK News. “Prices are indeed moving up across the country as demand is outpacing supply but not to the extent that prices are jumping in Vancouver.”

McKnight noted that normally, the difference in wholesale gas prices between Vancouver and Calgary is about six cents, but as of Thursday, Vancouver was 26 cents higher.

And there’s no sign that prices will fall back down anytime soon.

“Until the gasoline supply side has been solved then there is no where for price to go but up,” said McKnight.

With files from CHEK’s Jasmine Bala. 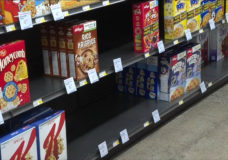 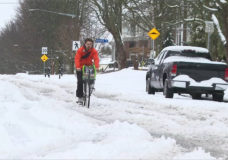 'It will get better': Greater Victoria expected to see a return of more traditional west coast weather