For nearly four decades, the Mother’s Day Garden Tour has been a major fundraiser for the Victoria Conservatory of Music.

“[Money raised] goes to support all of our programs, particularly our outreach programs for children in marginalized communities who otherwise would never ever get a chance to experience music” says Jane Butler McGregor, chief executive officer of the Victoria Conservatory of Music (VCM).

Butler McGregor’s beautiful garden was to be part of this year’s tour.

“The Garden Tour was started about 38 years ago by a wonderful couple, George and Ann Nation” explains Butler McGregor.  “In fact, Ann Nation’s mother is Mrs. Alix Goolden, who founded the Victoria Conservatory of Music in 1964.  So, George and Ann had a great love of gardening, and a great love of music, and they decided they would start a Mother’s Day Garden Tour to provide support for the Victoria Conservatory of Music, which their mother founded.”

And so, as organizations desperately think outside the box to keep vital money coming in, the VCM has decided the Mother’s Day Garden Tour will go ahead, on their website.

Butler McGregor explains that the $35 ticket by donation is “in support of, or in honour of their mother, someone special in their life, emergency care providers, anyone that they wanted to honour or to pay tribute to.”

The donation also allows the ticket-holder to enjoy performances from VCM students and faculty which will be on the website link.

“So people could actually sit out in their garden, and still listen to some of the music that would have been performed in the gardens” says Butler McGregor.  “We’ve also asked every garden owner that would have been on the tour to take a photograph of their garden – sort of their favorite place – and so that will also be posted, and all of those gardens will be on the tour next year, so it will be like a sneak preview.”

Of course, this is just one of hundreds of events and fundraisers across Vancouver Island that have had to be cancelled.  Another garden tour that won’t be going ahead is in support of the Cowichan Family Life Association, or CFLA.

“CFLA is an organization that’s been around for 50 years” says Tina Short, organizer of the annual garden tour.  “CFLA offers affordable counselling to everyone in the Cowichan Valley that otherwise could not afford to go for counselling.  Especially times that are difficult during your life, such as going through divorce, or loss of job, or that type of thing.  Basically, people that need support while they’re going through a difficult time.”

Duncan resident Nora Dowsett was looking forward to opening her garden to the annual fundraiser.  “As a gardener, there’s nothing better than seeing other people’s gardens to get ideas and inspirations” says Dowsett.  “And the fact that all the funds that are raised go to help Cowichan Family Life is just the icing on the cake.”

The CFLA’s Garden Tour has been a major fundraiser for the non-profit, raising about $15,000 annually.

“And because of COVID-19, a lot of other events have been cancelled that normally support us as well” says Short.

Please click to support the Victoria Conservatory of Music, or to support the Cowichan Family Life Association, and help both these important organizations continue to help others. 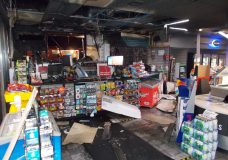 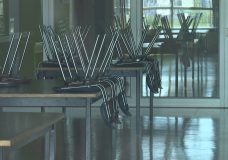